Samsung Galaxy A6, Galaxy A6+ pays a visit at Geekbench 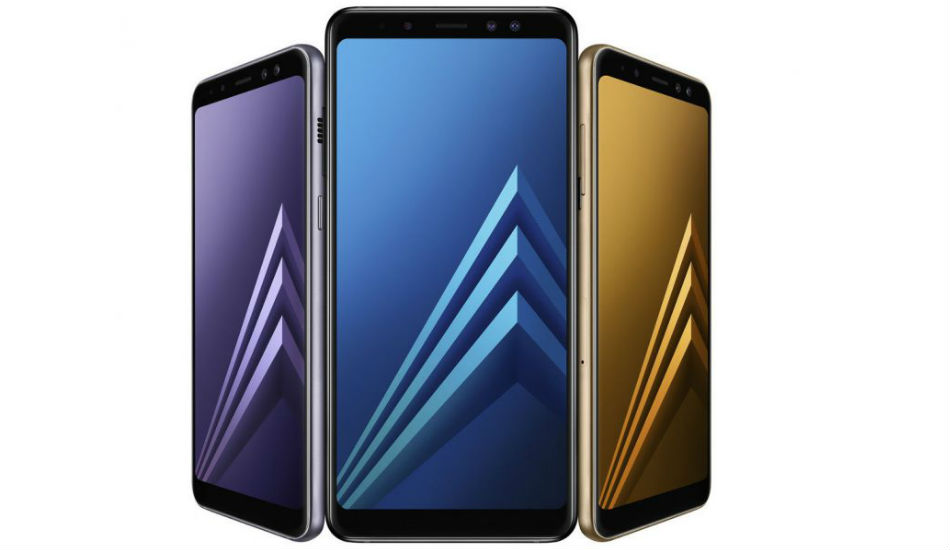 The listings reveal that the smartphones will be codenamed as SM-A600FN and SM-A605G.

Samsung might be getting ready to strengthen its smartphone with Galaxy A6 and Galaxy A6+. The smartphones have been found listed on Geekbench, which reveals some specs of the upcoming devices.

This is for the first Samsung might go with ‘A6’ nomenclature for its upcoming smartphones. The listingsreveal that the smartphones will be codenamed as SM-A600FN and SM-A605G. The former is said to be Galaxy A6, while the latter is reported to be Galaxy A6+. 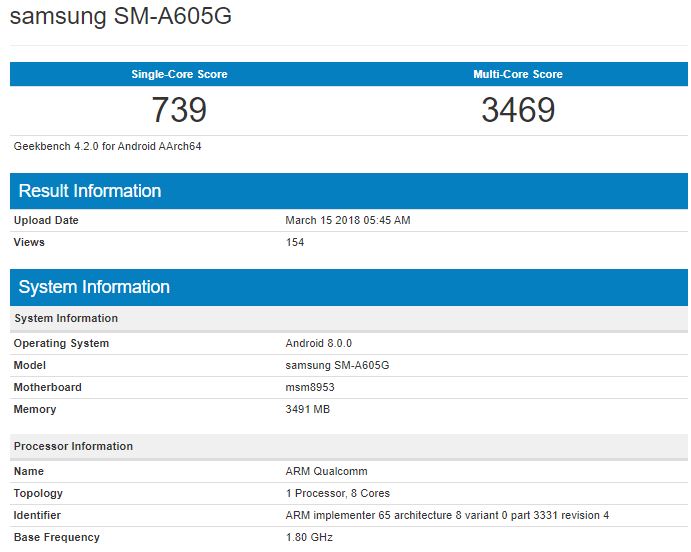 The SM-A605G has received 739 points in single-core test and 3469 points in multi-core test. The smartphone will be powered by Qualcomm Snapdragon 635 processor along with Adreno 506 GPU. The Galaxy A6+ will feature 4GB of RAM.

Moving on to SM-A600FN, the device has received 723 points in single-core test and 3605 points in multi-core test. The smartphone will be powered by Samsung Exynos 7870 octa-core processor clocked at 1.59GHz. The Galaxy A6 will feature 3GB of RAM. Both the smartphones will run on Android 8.0.0. 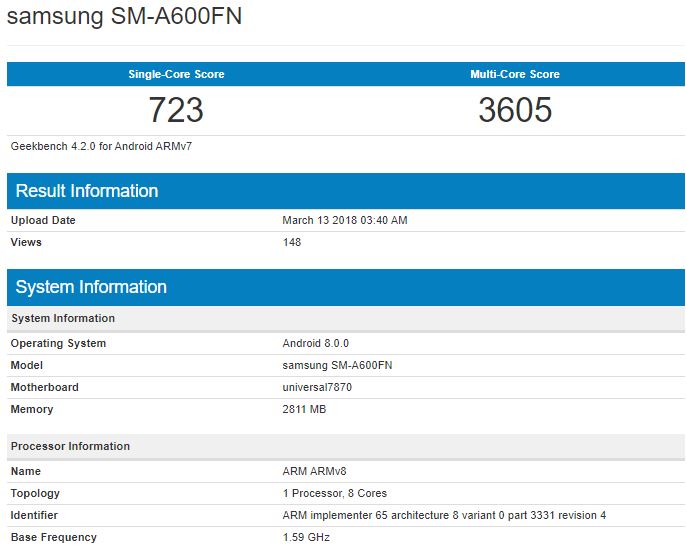 Similarly, the Galaxy J8 bears almost similar specifications to Galaxy A6. The Geekbench listing reveals that the Galaxy J8 is powered by Exynos 7870 processor. Additionally, it packs 3 GB RAM and runs on Android Oreo operating system.