The upcoming Galaxy A6 lineup looks to be set on replacing Galaxy’s J series in the mid-range segment as it features an 18:9 display housed inside a unibody metal case.

A month after paying a visit to benchmarking website Geekbench, the Galaxy A6 lineup has been on the news time and again and the latest report appears to be official press renders of the more expensive Galaxy A6+. Weeks after its specifications were leaked online, the Galaxy A6+ pops up again and this time in an all-metal unibody design, inspired by the likes of yet another mid-range Galaxy device.

From what we could look at, the A6+ looks all set to feature an 18:9 display following the trend of taller display and what’s interesting to see is how the mid-range smartphone also employs a metallic body at the back, like the one on the Galaxy J series. There’s a 6-inch Full HD+ Super AMOLED display with an aspect ratio of 18:9 and a resolution of 2220 x 1080 pixels. 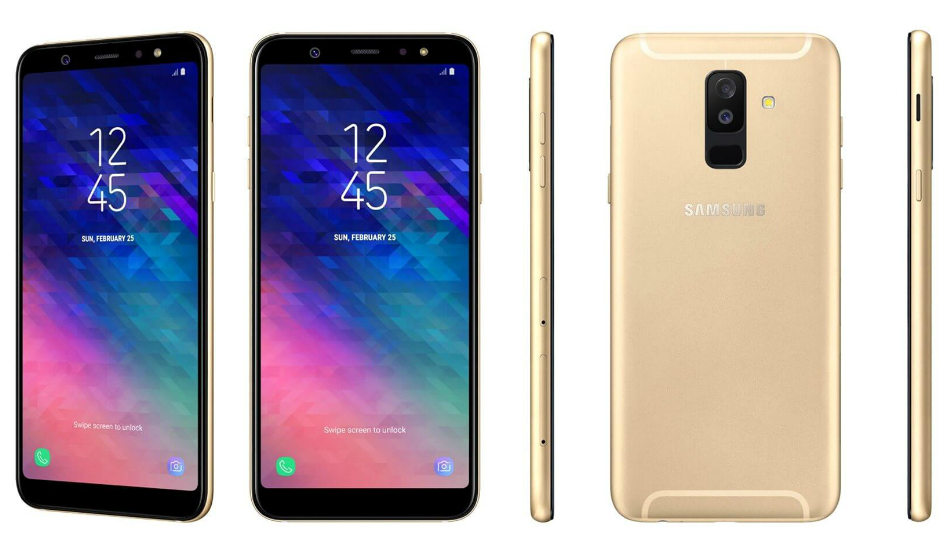 There’s a metal body which now appears to be in Gold, Black and Blue colours and the metal casing houses the dual rear cameras and a fingerprint scanner at the back. Other layouts reveal a dual SIM and micro SD card slots on the left edge with volume rockers as well. The speaker grill surprisingly finds its way to the right side of the phone along with the power button. The renders have also clarified that the front-facing camera will be accompanied by an LED flash for selfies on low light. 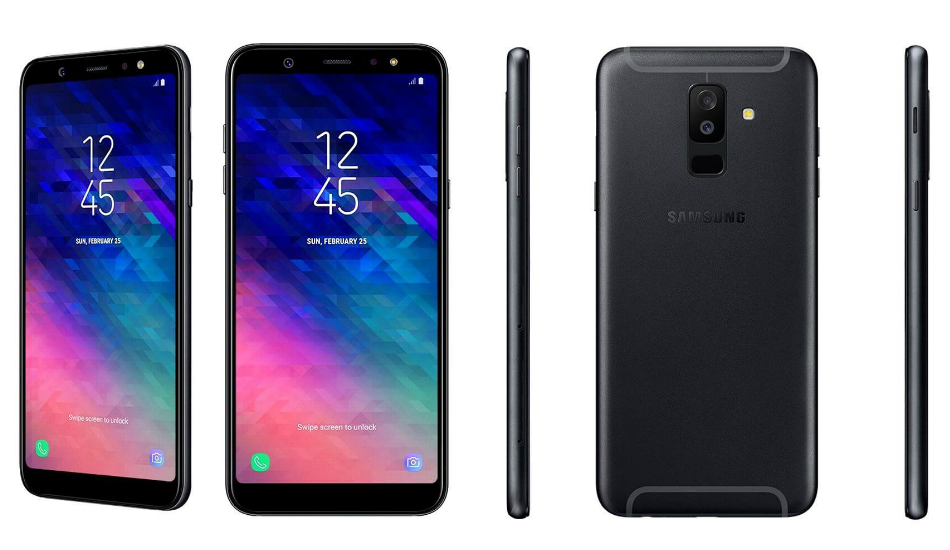 According to previous reports, the Galaxy A6 and A6+ will be powered by Samsung’s own mid-range Exynos 7870 chipset with 4GB RAM and 32GB/64GB storage options. There’s a dual camera setup at the back aligned vertically but we aren’t sure whether the second lens will be a monochrome or telephoto lens. It’s interesting to see Samsung adapt to a fingerprint sensor mounted below the camera just like that on the Galaxy S9 lineup. We’ll know more about it before the device gets official which we ex[ect to be within the second quarter of 2018.