Samsung Galaxy A6 and A6+ go official with Infinity Display, Live Focus camera 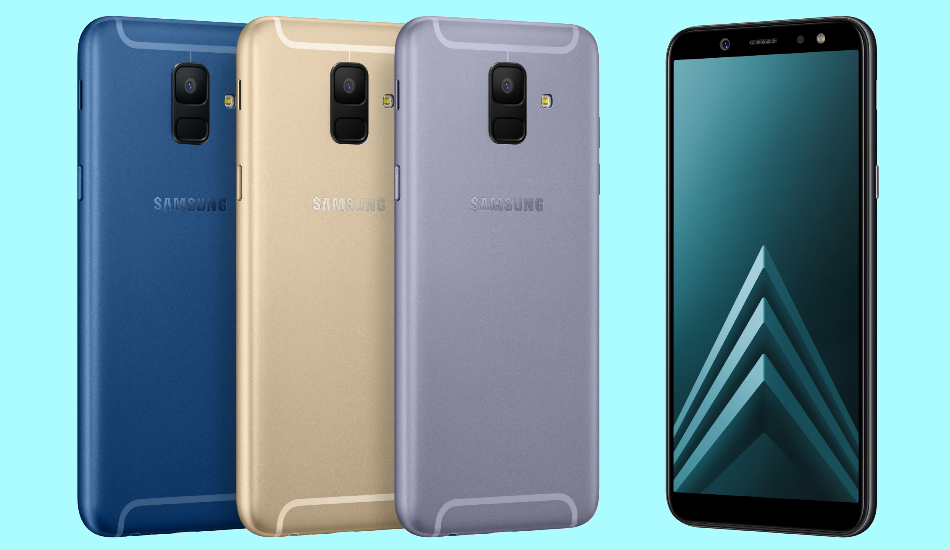 The Infinity Displays from Samsung’s high-end Galaxy S9 and Note 8 lineups make their way to the mid-range Galaxy A6. The new Galaxy duo also run on the latest Android 8.0 Oreo.

A day after having surfaced officially on its Indonesian site, the Galaxy A6 and A6+ have been unveiled by Samsung though we’ve come to know pretty much the whole deal about what they offer. Bringing Samsung’s signature bezel-less Infinity Super AMOLED Display is the Galaxy A6 and the A6 Plus both of which now feature a taller screen with an aspect ratio of 18.5:9.

Talking about the entry-level variant, the display on Galaxy A6 spans as much as 5.6-inch with a resolution of 1480 x 720 pixels. Powered by an unnamed octa-core processor that clocks in at 1.6GHz, the A6 is equipped with up to 4GB of RAM and 32GB/64GB storage option which depends upon your choice. On the imaging front, the devices come with 16-megapixel primary snapper alongside an aperture of f/1.7 and a 16-megapixel f/1.9 sensor for selfies. The phone is backed up by 3,000mAh battery and will come with support for Cat. 6 LTE with CA, WiFi, Bluetooth, NFC, GPS< GLONASS, and micro USB for charging and data purposes. 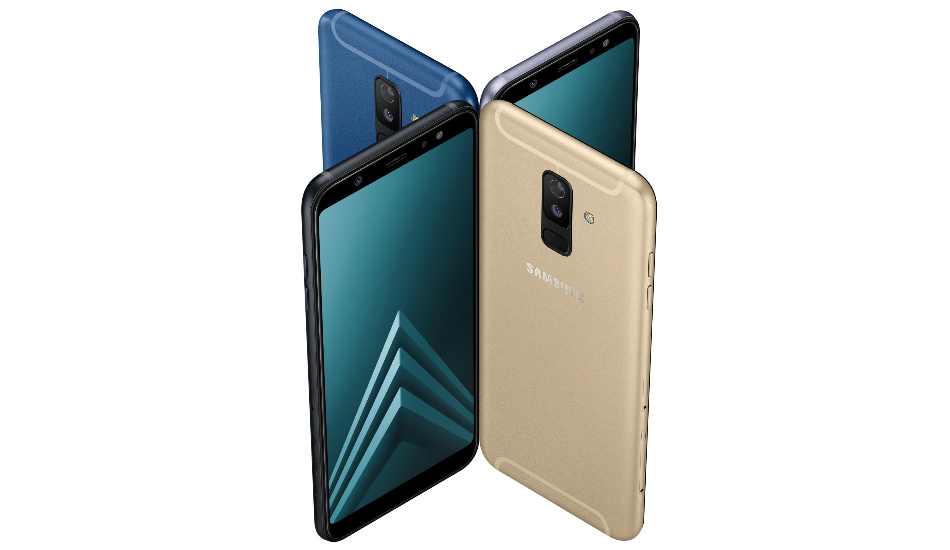 Striking a whole different tone is its bigger sibling, the Galaxy A6 Plus which is powered by an octa-core Snapdragon 450 chipset with a maximum clock speed of 1.8GHz. The Galaxy A6 Plus also comes in 3GB + 32GB and 4GB + 64GB memory configurations and packs in a much bugger 3,500mAh battery. In terms of camera, the A6 Plus equips a dual rear camera setup with a 16MP primary sensors of f/1.7 aperture alongside a secondary 5MP f/1.9 sensor. The presence of a dual camera means the A6 Plus will feature Samsung’s Live Focus feature that adorns the high-end Galaxy S9+ and Note 8 and allows users to capture a bokeh shot and change the depth of field after an image has been clicked.

The Galaxy A6 Plus will feature the same features in terms of connectivity as its stripped-down sibling with NFC, Bluetooth, CAT6 LTE, GPS, and WiFi. Both devices will sport support for Dolby Atmos for an immersive sound experience through headphones. In addition to that, the Galaxy A6 duo will also feature Samsung’s Bixby Suite including Bixby Vision, Bixby Home, and Bixby Reminder but fails to integrate Bixby Voice, which is left reserved for the company’s high-end devices.

Both the Galaxy A6 and A6 Plus come in Blue, Black, Gold, and Lavender colour variants. Though the pricing of neither of these phones has been revealed, we’ve come to know that the newest Galaxy A6 lineup will see the light of the day starting next month across Asia, Europe, and Latin America. The devices will also be released in China, South Korea, and Africa at a later point.