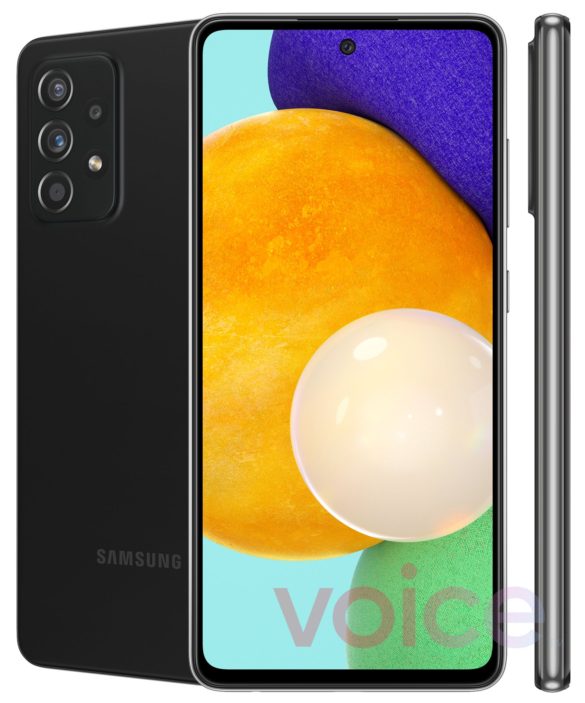 Samsung has today launched the Galaxy A52 and A72 smartphones in India after they were recently announcedat Awesome Unpacked event earlier this week.

Samsung announced the Galaxy A52 5G alongside the Galaxy A52 and Galaxy A72 in the event, but the company has only launched the 4G model in the Indian market.

The Samsung Galaxy A52 and the Galaxy A72 come in Awesome Black, Awesome White, Awesome Blue and Awesome Violet colours.

Samsung Galaxy A52 sports a 6.5-inch FHD+ Super AMOLED display with90Hz refresh rate,800 nits of peak brightness and Gorilla Glass 5 protection. Under the hood, it has an octa-coreQualcomm Snapdragon 720GSoC, coupled with up to 8GB of RAM.Expandable storage is also present on the phone.

It is backed by a 4500mAh battery with support for 25W fast charging, although you only get a 15W charger in-box. The smartphones run on OneUI 3.1 based on Android 11 out-of-the-box. Additional features include a 3.5mm headphone jack, as well as Dual stereo speakers backed by Dolby Audio tech.

The Galaxy A72 features a6.7-inch full-HD+ Super AMOLED Infinity-O Display with 90Hz refresh rate. It is powered by an octa-core Snapdragon 720G SoC, along with 8GB of RAM.The smartphone also features an In-display fingerprint sensor.

For the camera, there is a 64-megapixel primary sensor with an f/1.8 lens, along with a 12-megapixel ultra-wide-angle shooter, a 5-megapixel macro shooter, and an 8-megapixel telephoto shooter to offer 3x optical zoom.There’s a 32MP f/2.2 front facing camera housed inside a centered punch-hole.

The smartphone is backed by a bigger 5,000mAh battery with 25W fast charging support.Samsung Galaxy A72 runs on One UI 3.1 based on Android 11and also features Dual stereo speakers with Dolby Audio, IP67 rating for dust and water resistance, and also a 3.5mm headphone jack.