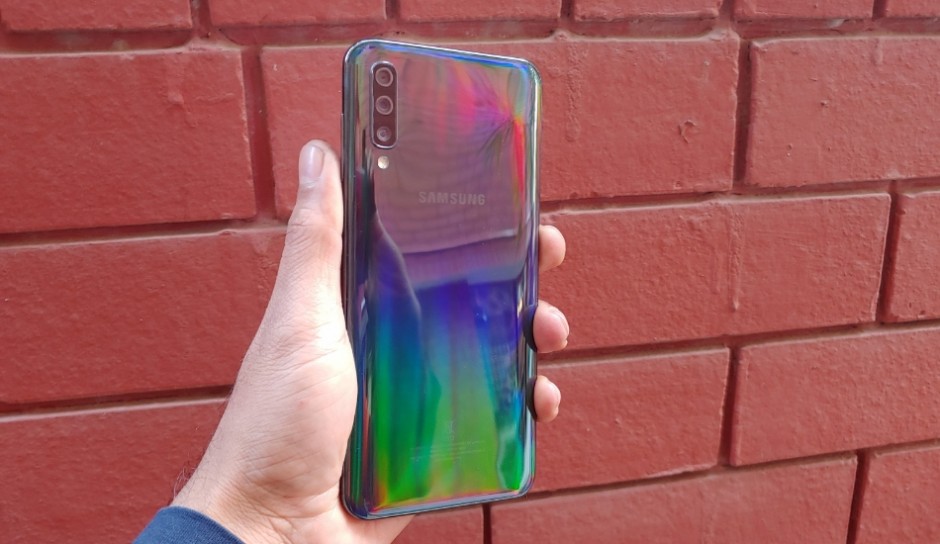 The latest update shifts the build number of the Galaxy A50 to version A505FDDU2ASF2 and weighs in at 422.82 MB. The update brings June 2019 Android security updates, Night Mode and Super Slow-mo video inside camera. Users will now be able to scan QR codes through the camera app without needing to open Bixby Vision.

Precisely two months after receiving an update with Bixby Routines, Live Focus effect and Beauty Video Mode, Samsung is now rolling out an update to the Galaxy A50 bringing new features and new security patches.

The latest update shifts the build number of the Galaxy A50 to version A505FDDU2ASF2 and weighs in at 422.82 MB. The update brings the latest June 2019 batch of Android security updates. Users will now be able to scan QR codes through the camera app without needing to open Bixby Vision.

However, the highlight of the update comes through new modes inside the camera app. Users will now be able to shoot low light pictures through a new Night Mode. The picture shared on Sammobile reveals that upon switching to Night Mode, users are greeted with a bubble that reads “Hold your phone steadily when taking night shots”. We can expect the Galaxy A50 to use the same camera algorithm for Night Mode like Samsung’s higher-end phones.

The update also brings a Super Slow-mo video recording option inside the camera app, which can be accessed by swiping to the right of the regular Video mode. It’s important to note that the Super Slow-Mo mode is present in addition to the already existing Slow Motion mode inside the camera. 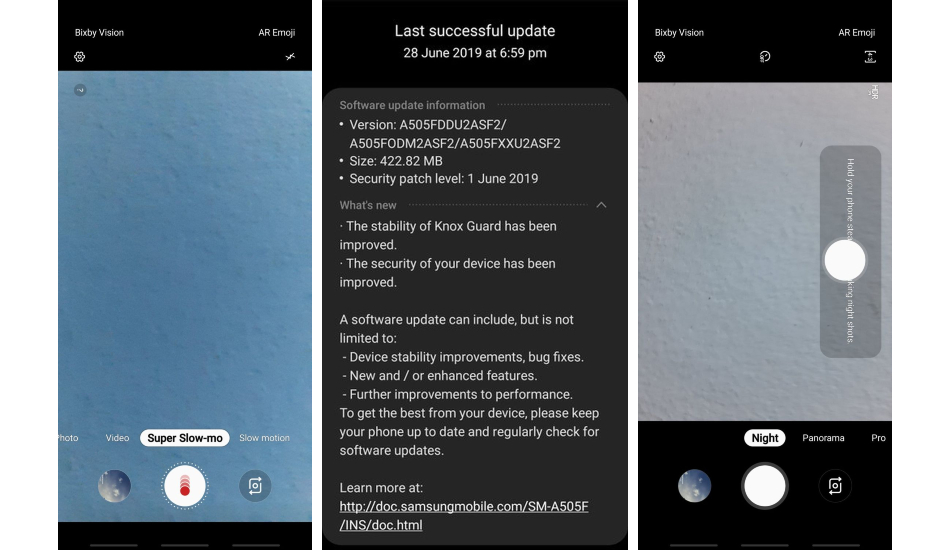 The latest Galaxy A50 update is currently rolling out for users in India. In order to download the latest update, users need to go to Settings > Software Update > Download and Install.