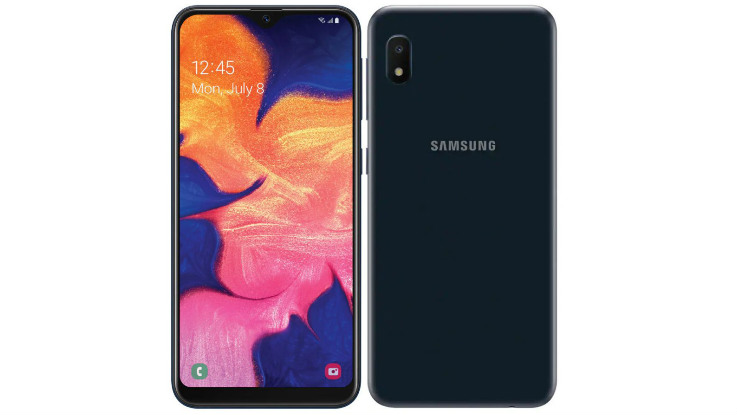 Samsung Galaxy A10e it is loaded with an 8-megapixel rear camera with LED flash. For the front, the company has added a 5-megapixel front-facing camera with f/2.0 aperture.

The Samsung Galaxy A10e is available in Black colour option and it comes with a price tag of $139.99 (approx. Rs 9,700). It will be available in the US for AT&T and Boost Mobile. The phone is currently offered at $99.99 by Boost Mobile as a part of a two-day introductory sale. The company earlier revealed the display, battery and rear camera configurations of the Galaxy A10e.

Jumping straight to the specifications, the smartphone features a 5.83-inch HD+ Infinity display with a screen resolution of 1560 x 720 pixels. The smartphone is powered by an octa-core Exynos 7884 processor clocked at 1.6GHz along with 2GB of RAM and 32GB of internal storage. The memory can be further expanded up to 512GB via microSD card slot.

The phone runs on Android 9.0 Pie with company’s OneUI running on top of it. On the camera front, it is loaded with an 8-megapixel rear camera with LED flash. For the front, the company has added a 5-megapixel front-facing camera with f/2.0 aperture.

The device is backed by a 3000mAh battery and it features face unlock feature, though fingerprint sensor is missing here. On the connectivity front, it features dual 4G VoLTE, Bluetooth 5.0, GPS, GLONASS, WiFi, and micro USB port. The phone measures 147.3 x 69.6 x 8.4 mm and weighs 141 grams.