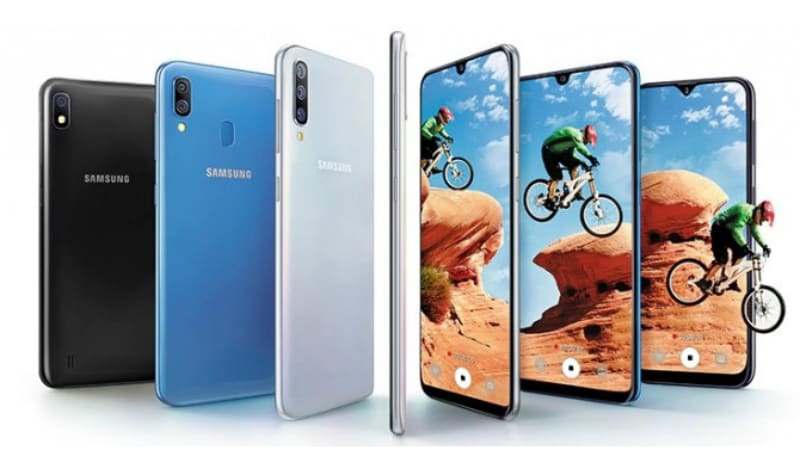 Samsung claims that the new Galaxy A series handsets will come with fast charging support.

Samsung is likely to launch its upcoming A-series smartphones in India soon. The new range is likely to have three devices – Galaxy A10, Galaxy A30, and Galaxy A50. The upcoming Galaxy A-series models have now received a dedicated microsite in India however it does not mention the name of the upcoming devices.

Samsung claims that the new Galaxy A series handsets will come with fast charging support. Camera feature will include slow-mo, hyperlapse and ultra-wide video shooting. The microsite does not mention mention of the launch date on the page.

Additionally, the Samsung Mobile India Twitter account has shared a video teaser video suggesting a launch of Galaxy A series in India. The teaser video highlights the ultra-wide video feature on the new Galaxy A-series phones.

The user manual of the Samsung Galaxy A50 recently surfaced online. As per which the Samsung Galaxy A50 will come with a 6.4-inch Full HD+ display with a screen resolution of 1080 x 2340 pixels and an aspect ratio of 19.5:9. It will sport an Infinity-U notch which will house the front camera. It will run on the latest Android 9 Pie operating system and will be fuelled with a 4000mAh battery.

The Samsung Galaxy A10 will feature a 6.2-inch Infinity-V display with an HD+ resolution and an LCD screen instead of an AMOLED. The device is powered by an Exynos 7884B octa-core processor with 3GB of RAM and 32GB of onboard storage. The device measures at 155.6 x 75.6 x 7.94mm.

The A10 will feature a single 13MP camera for primary imaging and a 5MP sensor on the front for selfies. The device will be fuelled by a 4,000mAH battery and will offer support for dual-SIM, dual VoLTE and apps including the Samsung Mall and Smart Manager.

Samsung’s Galaxy A30 is expected to feature a polycarbonate with a 3D glossy texture at the back. There’ll be a 6.4-inch AMOLED Infinity-U display on the front and the device will be fuelled with yet another 4,000mAH battery accompanied by a 15W fast charger. The A30 will be powered by Samsung’s Exynos 7904, same as that of the Galaxy M20 and will be available in 3GB + 32GB and 4GB + 64GB configurations. There’ll be a fingerprint sensor at the back of the phone.