The schematics of the Galaxy A50 was spotted on SlashLeaks and it reveals the design details with the help of an outline sketch of the device. It shows the Galaxy A50 with an Infinity-U display with a rounded waterdrop notch on the top. 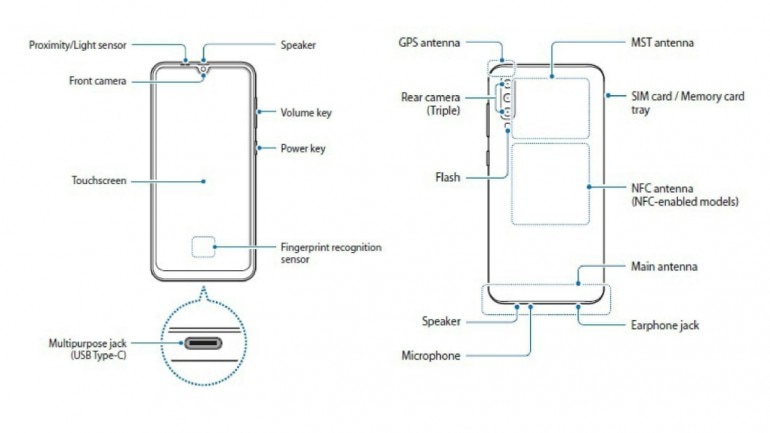 As for the specifications, the Samsung Galaxy A50 will come with a 6.4-inch Full HD+ display with a screen resolution of 1080 x 2340 pixels and an aspect ratio of 19.5:9. It will sport an Infinity-U notch which will house the front camera. It will run on the latest Android 9 Pie operating system and will be fuelled with a 4000mAh battery.