Samsung has officially announced the launch event of new Galaxy A-series devices that could include Galaxy A33, A53 and A73. 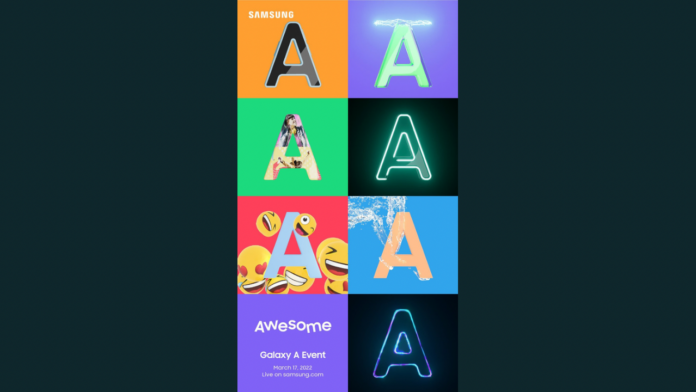 Samsung is all set to hold its next big launch event for this year after the Galaxy Unpacked event earlier last month, where it introduced the Galaxy S22 series. The next launch event is for the unveiling of new Galaxy A-series smartphones. The event will take place on March 17 at 10AM ET (7:30 PM IST).

The event invite clearly confirms that the next smartphones from Samsung to get launched will be under A-series. However, the brand has not confirmed which models will be launched at the event. Considering past reports, Samsung may be launching three devices at the event, including Galaxy A33, A53, and A73.

All three devices will be successors to last year’s Galaxy A32, A52 and the A72. The renders and pricing for the Galaxy A73 was leaked back in December of last year. The phone is tipped to be priced at Rs 32,999 in India, however, this should be taken with a pinch of salt as the information is months old now.

Apart from that, the phone will sport a punch hole display with the cutout placed in the top centre. The phone seems to have a quad camera setup at the back which will likely include a 108-megapixel main sensor. It will lack 3.5mm audio jack.

There is a speaker grille as well as a USB Type-C port at the bottom. The Galaxy A73 is said to measure 163.8 x 76.0 x 7.6mm~9.3mm (including the rear camera bump). It will have two colour options – Black and Gold. Rest of the information has been kept under wraps and we will have to wait for some more time to know what Samsung devices will be launched at the event.