Royal Enfield has recently unveiled the Inceptor 650 and the Continental GT 650 in Australia and we expect it to be launched in India soon. The Inceptor is priced at AUD 10,000( Rs. 5 Lakh) while the Continental is priced at AUD 10,400(Rs. 5.4 Lakh).Prices of the Inceptor 650 are expected to be under Rs.3 Lakh(ex-showroom) in India. The two motorcycles were originally unveiled at EICMA Motor Show held in Milan. In India, they were showcased at the Rider Mania 2017 event held in Goa.

Speaking of the Inceptor 650, Royal Enfield has kept the classic look of their motorcycle while making it the most advanced machines that they’ve ever produced. The motorcycle gets telescopic forks at the front. For the suspension, it features gas-charged twin-rear shock absorbers. Both the front and the rear wheel get disc brakes. Speaking of the wheels they are made of steel and come with spokes and tubed tyres.It comes with 18” Pirelli tyres. The bike features a double cradle frame. The seats are joint together to keep the retro nature of the motorcycle. The exhaust is upswept along with the rear footrests.It also gets a sculpted tank and clip-on handlebars. All this give the bike a true Café-Racer look. 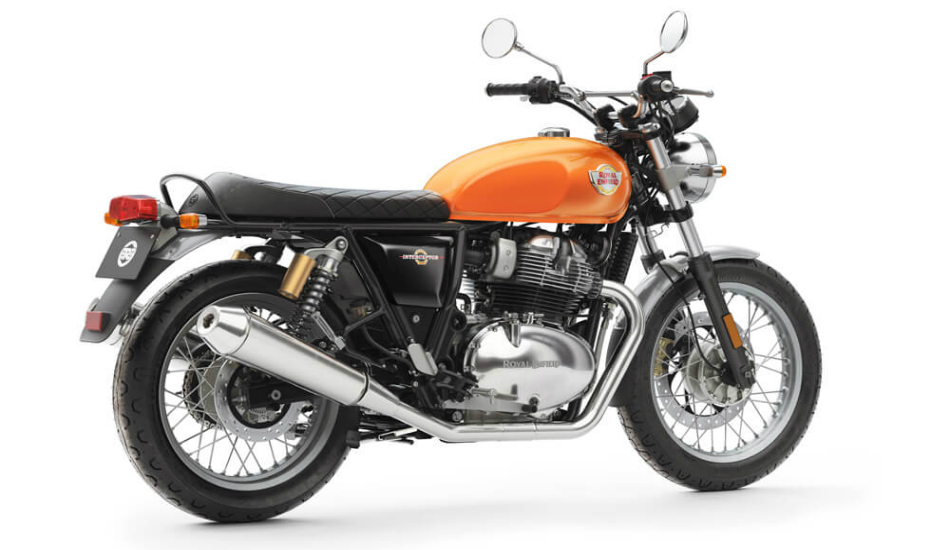