Xiaomi announced the official launch date for the Redmi Watch 2 Lite in India. It will launch alongside Redmi Note 11 Pro series. 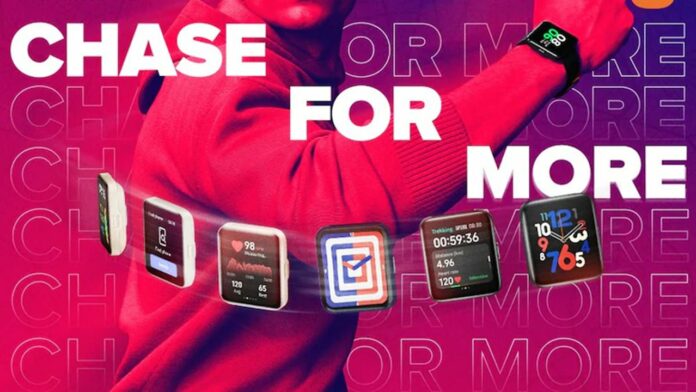 Xiaomi has today announced that Redmi Watch 2 Lite will launch in India on March 9. The company has already confirmed to launch Redmi Note 11 Pro and Note 11 Pro+ smartphones in the country on March 9.

The Redmi Watch 2 Lite was announced in November last year. It comes with a 1.55-inch TFT touchscreen with a resolution of 360 x 320 pixels. It packs a non-removeable Li-Ion 262 mAh battery offering with up to 10 days of claimed battery life.

The watch is rated 5ATM for water resistance as well. Apart from this, it can track heart rate, steps, blood oxygen levels, stress and menstrual cycle. The watch also offers over 100 sports modes and runs on a proprietary operating system.

Meanwhile, the Redmi Note 11 Pro, and the Pro+ 5G phones could feature a 6.67-inch AMOLED display with a 120Hz refresh rate, 360Hz touch sampling rate, and a hole-punch at the front. The Redmi Note 11 Pro may have a MediaTek Helio G96 SoC. The Note 11 Pro+ 5G will be powered by Qualcomm Snapdragon 695 SoC.

The Redmi Note 11 Pro 5G comes with a triple rear camera setup. This includes a 108-megapixel primary sensor with an f/1.9 lens, along with an 8-megapixel ultra-wide shooter and a 2-megapixel macro shooter.

Both phones are expected to arrive with a 16-megapixel front camera. There will be up to 8 GB of LPDDR4x RAM, up to 128 GB of UFS 2.2 storage. Besides, the storage on both these models can be expanded up to 1TB using a microSD card.

In addition, the phones will be backed up by 5,000mAh battery that should support 67W fast charging. Both phones will have a side-facing fingerprint scanner. Lastly, they should run on MIUI 13 based Android 11, on the software front.