Redmi Note 11S specs will include MediaTek Helio chipset and 5,000mAh battery. The phone will be available on Amazon after its launch. 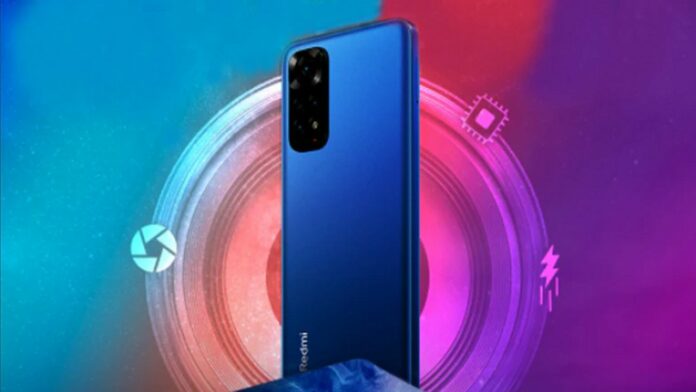 Redmi has confirmed the launch of Redmi Note 11S smartphone in India on February 9. The phone will debut as the successor to last year’s Redmi Note 10S. Here’s a look at the upcoming Redmi phone’s expected specs, expected prices in India and more.

Ahead of the launch, Redmi has shared a teaser revealing its design. As per the teaser shared by the company, Redmi Note 11S will launch in a Blue colour option. The device has a quad-camera setup on the back with the LED flash housed inside. The left side of the device has a SIM card tray.

The phone will be available on Amazon after its launch. Apart from Amazon, it will also be available for purchase on mi.com.

The same tipster has shared specifications of the upcoming Redmi smartphone. Redmi Note 11S will sport a 6.4-inch full-HD+ AMOLED display with 90Hz refresh rate. Under the hood, the smartphone will reportedly pack a MediaTek Helio G96 SoC.

For optics, the phone will sport a quad rear camera setup. This will include a 108-megapixel, an 8-megapixel, and two 2-megapixel sensors. As per previous leaks, this could be 108MP primary Samsung HM2 camera, 8MP Sony IMX355 ultrawide sensor, a 2MP OmniVision OV2A macro camera and a 2MP depth sensor. In addition, the phone may sport a a 13-megapixel selfie sensor.

The phone will reportedly pack a 5,000mAh battery with 33W fast charging support. Lastly for security, it may come with a side-mounted fingerprint scanner.