Redmi Note 11 series has been confirmed to launch on October 28. 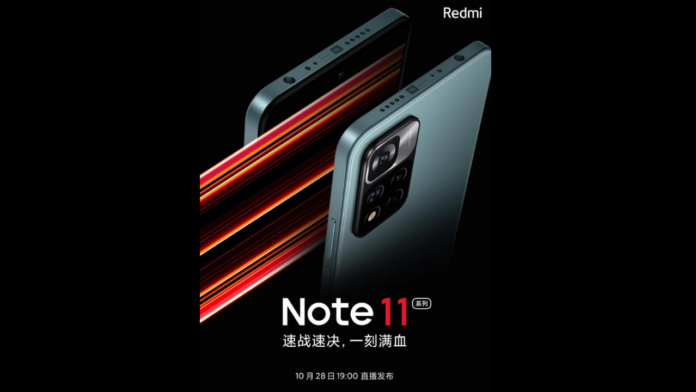 Xiaomi revealed on Twitter that the Redmi Note 11 series will be launching in China on October 28. The event will be live streamed. Xiaomi also posted a launch poster wherein the design of the device has also been revealed.

While the camera design isn’t much different from the Redmi Note 10 series, the edges have gotten flat. Further, there’s a centred punch hole camera on the front for selfies. On the top, we can see a 3.5mm headphone jack, an IR blaster, a microphone, and a JBL tuned speaker. The right spine has a volume rocker and a power button.

A retailer site called JD.com already has the three phones listed. These include Note 11 5G, Note 11 Pro 5G, and Note 11 Pro+ 5G. The listings also reveal that the shipment of the Note 11 models should begin on November 1 in China.