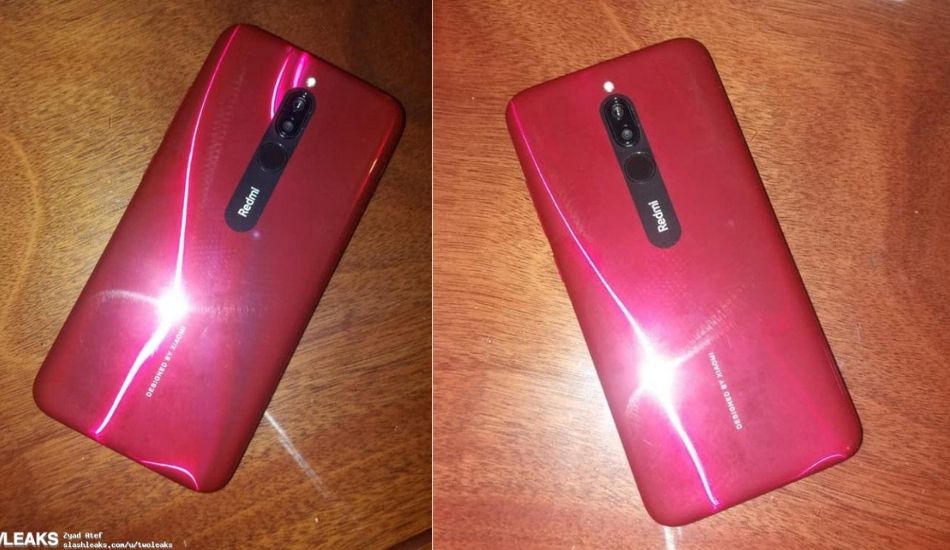 Recently, a new Redmi smartphone with model number M1908C3IC had been certified by TENAA revealing its key specifications along with product images, which is most likely to be launched as Redmi 8a.

Xiaomi’s sub-brand, Redmi is now all set to launch the successor of Redmi 7 series (Redmi 7 and redmi 7A) soon in China. Recently, a new Redmi smartphone with model number M1908C3IC had been certified by TENAA revealing its key specifications along with product images, which is most likely to be launched as Redmi 8a. Now the real-life images of Redmi 8a in red colour has been posted on Slashleak website.

As per TENAA listing and real-life images, the upcoming Redmi 8a will have 6.26-inch HD+ 2.5D curved glass dot-notch display with a resolution of 1520 × 720 pixels and will come armed with 2GHz Octa-Core Snapdragon 439 chipset. The phone will have three options to choose from, the 2GB RAM with 16GB storage, 3GB RAM with 32GB storage and 4GB RAM with 64GB storage. The phone will also come with an option to expand the storage of up to 512GB with microSD card. 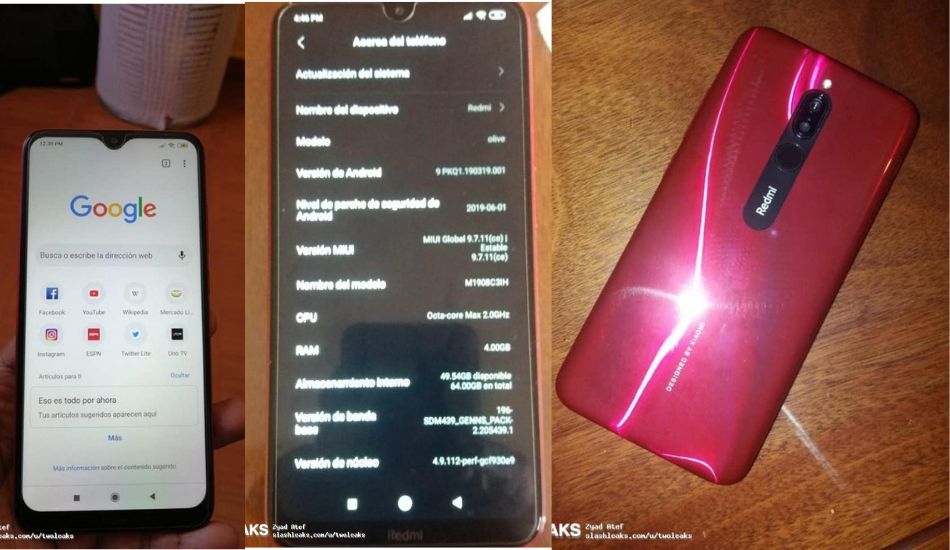 On the camera front, the Redmi 8a will have a dual rear camera setup with 12-megapixel as the primary sensor and a 8-megapixel secondary sensor with LED Flash. On the front, it will have an 8-megapixel selfie camera. It will have a rear-mounted fingerprint scanner and will get the juices from a powerful 5000mAh battery with 10W charging support. The Redmi 8a smartphone will run on Android 9.0 Pie with MIUI 10 on top of it. It will have all the standard connectivity options including Dual SIM, VoLTE, WiFi 802.11 b/g/n, Bluetooth 5.0, GPS with A-GPS, GLONASS and a micro-USB port. The phone will measure 156.3×75.4×9.4mm and weighs 190 grams.