Starting with the Xiaomi Redmi Y3, the smartphone’s major highlight is its new 32-megapixel selfie shooter. The company has revealed that the new smartphone comes loaded with an AI Beauty 4.0 mode along with support for Auto HDR, Screen Flash, AI Portrait Selfie, 80-degree wide angle lens, palm shutter, and Full HD selfie video support. For the rear, the company has added a 12-megapixel primary lens with 1.25-micron pixel size and a 2-megapixel depth sensor for bokeh effect. 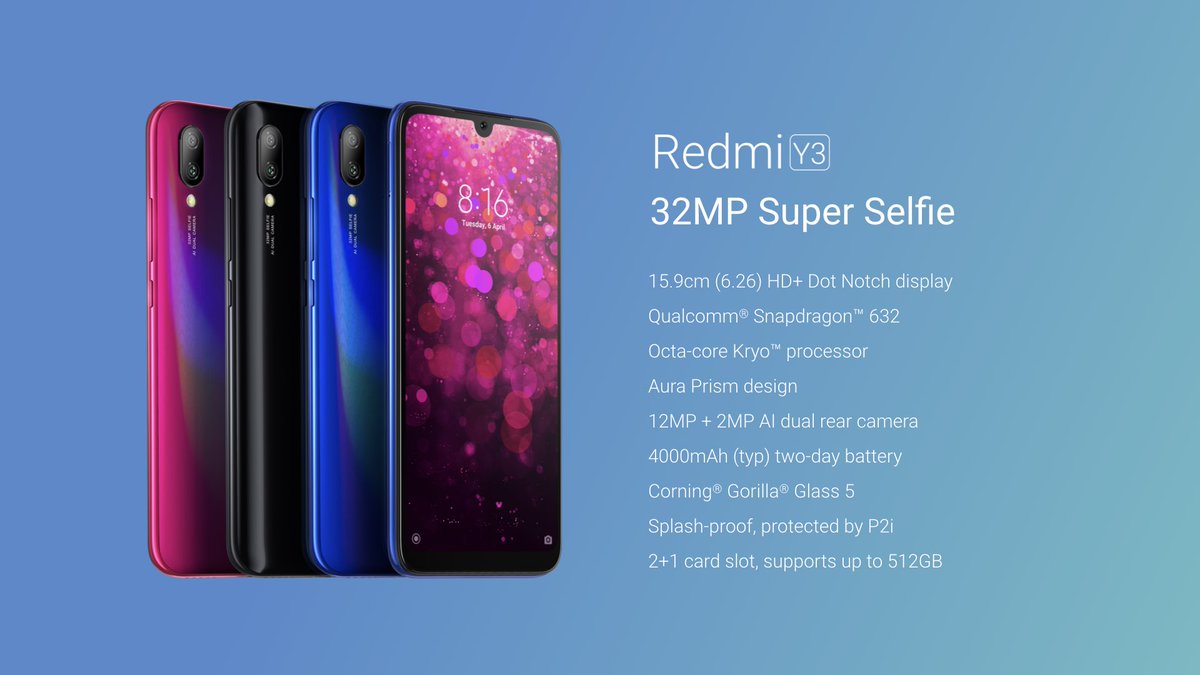 The Redmi Y3 is powered by a Qualcomm Snapdragon 632 processor along with Adreno 506 GPU. It is available in 3GB/4GB RAM and 32GB/64GB of internal storage. It is equipped with a fingerprint sensor, IR blaster and face unlock feature. The smartphone is backed up by a 4000mAh battery, which is 30 per cent more as compared to its predecessor and it runs on Android 9.0 Pie based on MIUI 10.

For the camera department, the Redmi 7 has dual rear camera setup with a combination of 12-megapixel primary sensor with LED Flash, 1.12um pixel size, f/2.2 aperture, a secondary sensor of 2-megapixel. For the front, the smartphone has an 8-megapixel camera for selfies and video calling with features like AI beauty and AI face unlock.

Redmi Y3 spotted with 3GB RAM, Snapdragon 625 ahead of launch on April 24