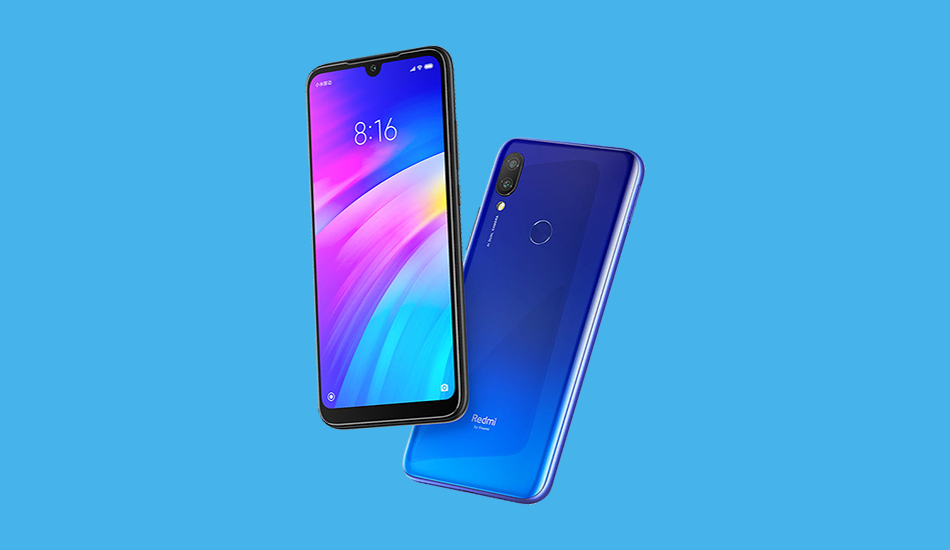 Xiaomi is all set to launch Redmi Y3 in India on April 24 and its product page has already gone live on Amazon India.

Xiaomi is all set to launch Redmi Y3 in India on April 24 and its product page has already gone live on Amazon. Now as per new teaser, which emphasis on number ‘7’ suggest that company might launch Redmi 7 smartphone as well alongside Redmi Y3. The teaser reads “7 Mn+ Y series phones shipped since launch. They ask Y do we call our fans the best. We say this is Y. And to celebrate this, we have a few surprises lined up for you. You’ll know exactly in 7 days. But what’s with 7? RT if you know it.”

As far as specifications are concerned, Xiaomi Redmi 7 comes with 6.26-inch (1520 × 720 pixels) HD+ 19:9 2.5D curved glass display with 84% NTSC Color Gamut. The phone is protected with Corning Gorilla Glass 5. It houses a 1.8GHz Octa-Core Snapdragon 632 14nm processor with Adreno 506 GPU and comes with an option to expand the storage up to 512GB via microSD card slot. The phone has a fingerprint sensor at the back and comes with AI face unlock feature as well.