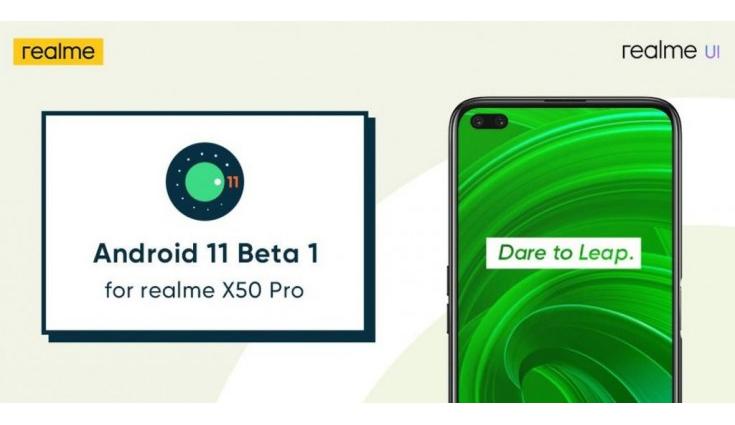 The first beta update brings the latest operating system based on Realme UI.

Realme has started rolling out the first Beta version of the upcoming Android 11 operating system for its flagship device, the Realme X50 Pro. The first beta update brings the latest operating system based on Realme UI.

The company has started rolling out the Android 11 Beta 1 update to the Realme X50 Pro smartphone in the country. However, the company cautions that the update is still in early stages of development and might not represent a stable enough user experience. The company has revealed that the new Android 11 update is based on Realme UI. However, the brand says that the update does not come with all stock Android’s built-in features. The update will serve the purpose to allow developers to adapt apps to the new Android version.

The company has also detailed some known issues with the update. These are as follows:

1. All user data will be erased during the upgrade.

2. The automatic timing function is abnormal and manual timing is required.

3. Some system functions are not available.

4. Part of the interface display looks less than desirable.

5. Some applications may not work properly or be fully functional.

6. The system may have some stability problems.

Android 11 beta brings three new themes: People, Controls and Permissions. The company has also introduced a new Bubble API on the notifications that will help users to keep conversations in view and accessible while multitasking.

The Android 11 beta update brings one-time permission that allows users to give an app access to the device microphone, camera or location just one time. It includes a number of other developers productivity improvements like wireless ADB debugging, ADB incremental for faster installs of large APKs, and more.