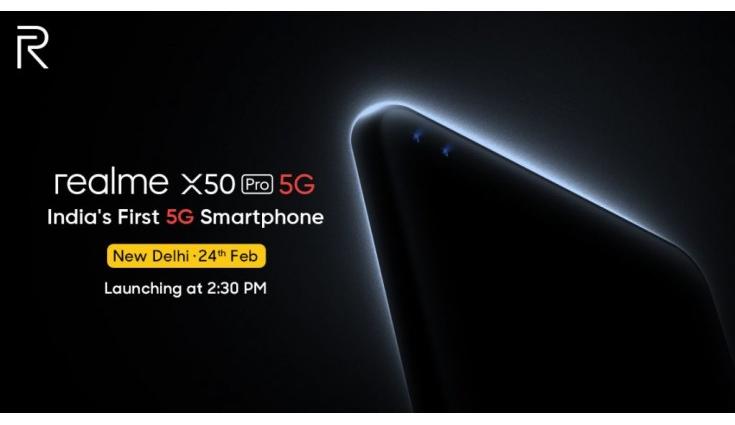 The launch event will be streamed on Realme YouTube channel along with its social media channels.

Realme is all set to launch its first 5g smartphone in India. The company will introduce vits latest Realme X50 Pro 5G smartphone in the country.

The launch event will be streamed on Realme YouTube channel along with its social media channels. The company has already teased some key features of the upcoming smartphone. To start with, Realme X50 Pro will feature a dual selfie camera setup. It will feature a 64 megapixels primary sensor for quad-camera setup. The phone will also support up to 20x hybrid zoom. Meanwhile, as per a report, the phone will likely to be priced around Rs 50,000 in India.