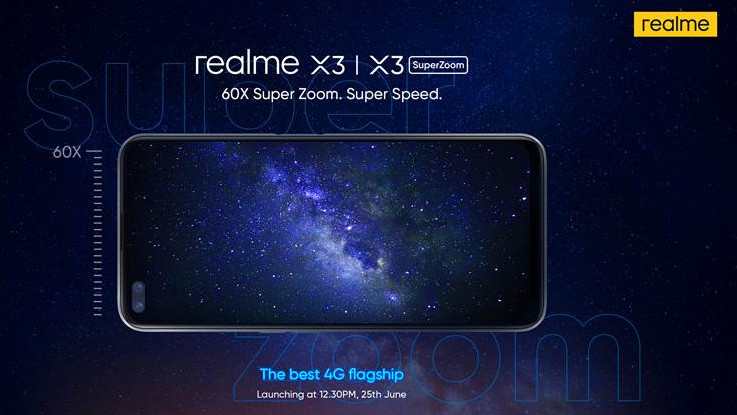 The company has revealed that it will launch the Realme X3 series in the country on June 25.

Previously leaked specs reveal that Realme X3 will come with a Full HD+ display with a screen resolution of 2400 x 1080 pixels. It will be powered by an older Qualcomm Snapdragon 855+ processor, which was introduced last year. The phone will come with 8GB of RAM and it will run on Android 10 operating system. This means that it will come loaded with Realme UI.