Realme Watch SZ100 to launch in India this month

Realme could soon launch a new smartwatch in India! 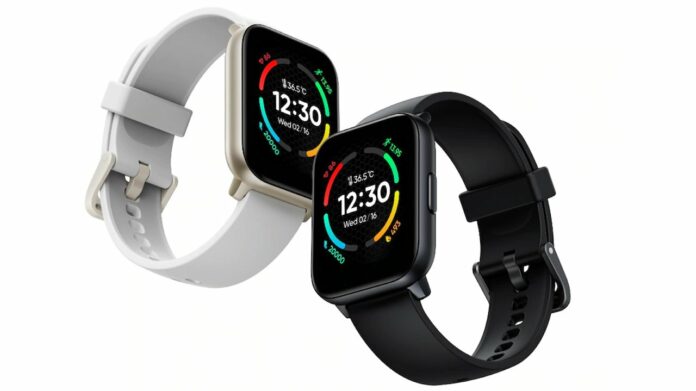 Realme not only manufactures smartphones but a bunch of accessories as well. Now, Realme seems to be gearing up to launch a new smartwatch in India which should be called the Realme Watch SZ100. The launch timeline as well as the colour options of the Realme Watch SZ100 have now been tipped.

Industry sources close to the matter have told MySmartPrice that Realme Watch SZ100 is all set to launch in India later this month. It will be releasing around the end of this month. As per the report, the smartwatch will come in two variants, including Magic Gray and Lake Blue. Apart from the colour options and the supposed launch timeline, the detailed specifications of the smartwatch are still unknown.

The watch might arrive as the successor to the Realme Watch S100 that launched in India in March this year. Realme TechLife Watch S100 comes with a 4.3cm (1.69″) large colour display with a high resolution of 240*280 pixels. Additionally, the display on the TechLife Watch S100 can peak upto 530 nits brightness, ensuring that the content on it is clearly visible even under direct sunlight.

Apart from this, Realme has also confirmed that the Realme Narzo 50 5G series is going to launch in India on May 18. Realme India will hold a digital launch event on May 18 at 12:30pm IST. The event will be available to stream live on its official YouTube channel and Facebook page. Apart from Realme India’s official site, both handsets will also be available on Amazon India for purchase.

As per the teaser shared by the company, the Narzo 50 series will feature the most powerful processor in the segment – MediaTek Dimensity 920. In addition, it will also come with vapour chamber cooling system and 5 layers of cooling for improved heat dissipation.