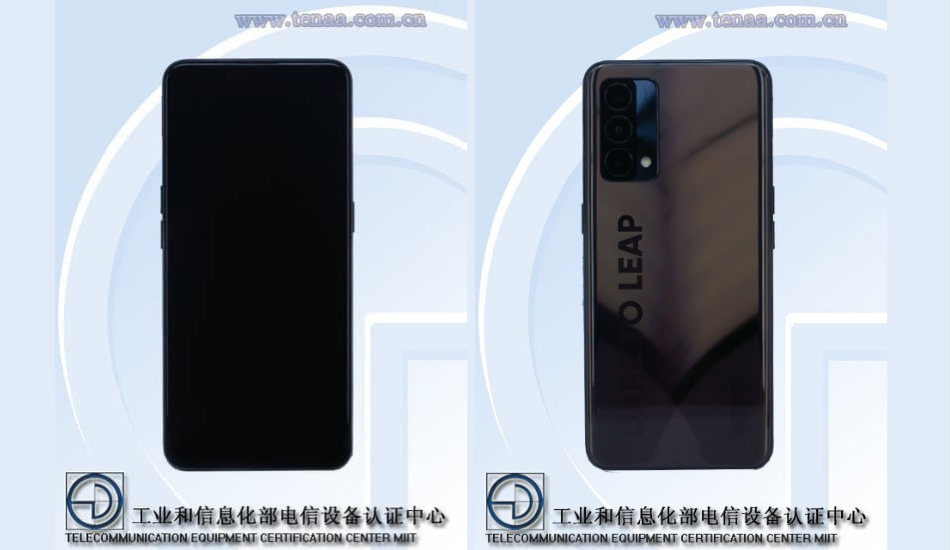 Realme V25 has been spotted on the TENAA certification website which reveals it could essentially be a rebrand of the Oppo K9 5G launched in China a few days ago.

The upcoming Realme V25 smartphone has been spotted on China’s TENAA certification site with the model number RMX3143 along with some specifications that resemble the ones present in the Oppo K9 5G that was launched last week in China.

Chinese tipster known as Arsenal (translated) took to Weibo to reveal the screenshots of the TENAA listing that was published a few days ago. The Realme V25 is likely to be powered by the Snapdragon 768G processor which is the same one that also powers the Oppo K9 5G.

The images of the phone available on TENAA show a punch-hole design on the front with a triple rear camera setup with the sensors placed below each other in a rectangular module. The device should sport a 6.43-inch full-HD+ (1,080×2,400 pixels) AMOLED display while the SoC could be paired with 12GB, 8GB and 6GB of RAM and 128GB or 256GB of storage.

The Realme V25 should further have a 64-megapixel primary camera, along with an 8-megapixel sensor and a 2-megapixel camera at the back. You could get a 32-megapixel front facing selfie shooter. It will be backed by a 4400mAh battery and could come in two colour options – black and blue.

If compared, the specifications are a replica of what’s found on the Oppo K9 5G which could simply mean that Realme may pull a ‘rebrand and launch’ move and that too in the same market in which there is already a similar phone present.