Realme U1 vs Redmi Note 6 Pro: Next big budget bestsellers? 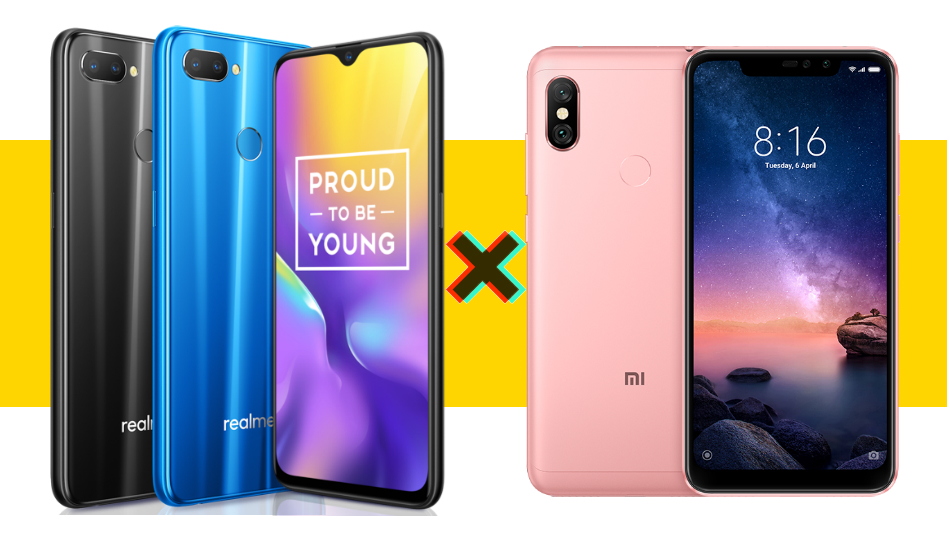 The Realme U1 faces tough competition from Xiaomi’s recently launched Note 6 Pro which is powered by a relatively fine-tuned mid-range chipset from Qualcomm with a good sharp display and decent camera units. Will the Helio P70 push the Realme U1 to the heights of Xiaomi’s bestsellers in the budget range?

Realme just announced the Realme U1 – the first smartphone powered by a MediaTek Helio P70 chipset and also the first device under its new U-series. In addition to MediaTek’s latest processor, the U1 features a large display with a Dewdrop notch and a selfie-centric camera on the front, all of which is bundled inside a price of Rs 11,999 and Rs 14,999 for the 3GB and 4GB RAM variants respectively.

For around the same price, the Realme faces tough competition from Xiaomi’s recently launched Note 6 Pro which is powered by a relatively fine-tuned mid-range chipset from Qualcomm with a good sharp display and decent camera units. Will the Helio P70 push the Realme U1 to the heights of Xiaomi’s bestsellers in the budget range? Let’s talk about that.

The Realme U1 features a 6.3-inch Full HD+ dewdrop display with a screen resolution of 2340 x 1080 pixels and an aspect ratio of 19.5:9. Not only is the display adequately bright but users have a lot to interact with the large screen real estate which spans to a screen-to-body ratio of 83.9 percent. Realme has opted for a teardrop notch at the front which offers a premium look that has its fair share of resemblance with Oppo F9. The notch houses front-facing camera and just above that is the earpiece and the screen cutout in whole is less intrusive than other wide-notch displays in the market. 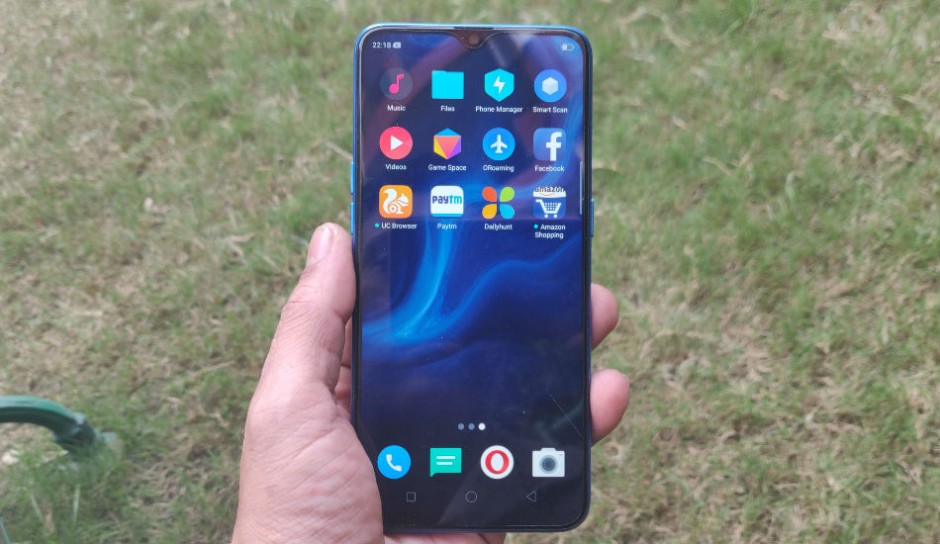 While notches are slowly disappearing for smaller ones, Xiaomi has opted to go with a larger one on Redmi Note 6 Pro’s 6.26-inch 19:9 FHD+ screen. The display has a resolution of 1080 x 2280 pixels, an aspect ratio of 19:9 and a screen-to-body ratio of 81.1 percent, much lower than that of the Realme device. There’s simply a lot of bezels on the sides and also a dreadful notch at the top which makes the display looks ordinary.

The Redmi Note 6 Pro’s design is about as mainstream as the Redmi Note 5 Pro with a unibody metallic back with plastic antenna strips at the top and bottom. The rear camera is situated at one corner and aligned vertically like the sensors on the Mi A2. The non-black variants of the phone still look unpleasant to the eye as they come with white bezels on the front, a real downer considering the thickness of the bezels on the device. The Xiaomi device’s downside comes mostly from its metallic exterior which at this time of 2018 looks outlandish and outdated. 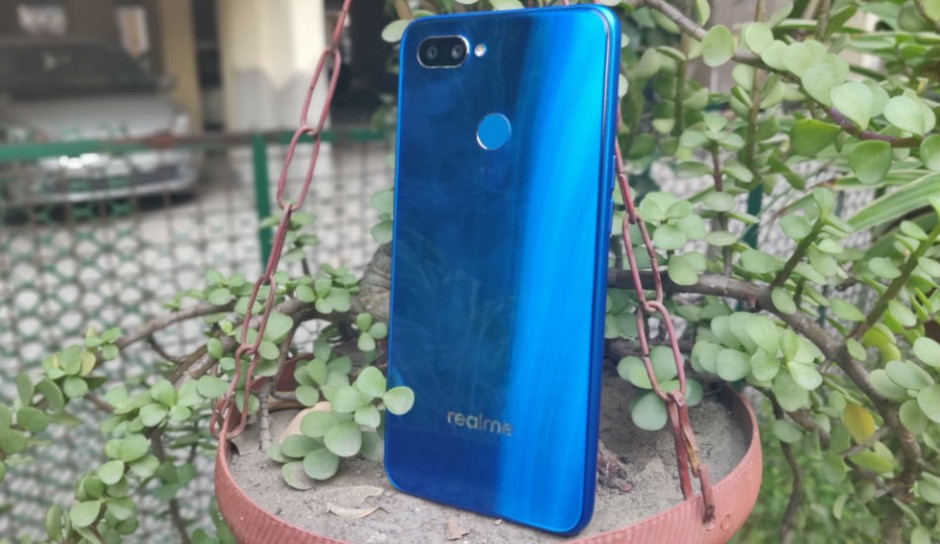 Realme’s latest U-series product is a step toward premium quality as the company has opted for a glossy glass-like panel at the back, though a move away from durability. The U1 is available in Ambitious Black, Brave Blue and Fiery Gold – two of which are fancy on their own and reflect different hues of the base colour at different angles. The edges offer a good grip and the finish at the back is less slippery than metallic phones.

The Realme U1 is powered by a MediaTek Helio P70 2.1GHz octa-core processor and ARM G72 GPU coupled with 3GB/4GB of RAM and 32GB/64GB of internal storage. Realme U1 is the world’s first phone with MediaTek Helio P70 SoC as well as the first handset in the brand’s new U series. Day to day performance is smooth and on paper, the Helio P70 registers better scores than some phones with Snapdragon 660. The only real downside is that memory management can’t be on par with devices featuring 6GB RAM as the U1 maxes out at 4GB of RAM.

The Redmi Note 6 Pro is powered by Qualcomm Snapdragon 636 processor along with Adreno 509 GPU, 4/6GB of RAM, and 64GB of internal storage which can be further expanded using microSD card. It’s as strong and smooth as its predecessor and if it can’t live up to a superior Snapdragon 660 chip, it’s best not expect it to match the latest MediaTek processor.

The Realme device runs on a similarly customised ColorOS 5.2, based on Android 8.1 Oreo. All Google services are pre-installed with a launched which boasts of n AI engine with real-time translation, fast Face Unlock, split-screen and navigation gestures. The AI engine uses behaviour models for faster app launches and displays relevant information like quick shortcuts, weather, package tracking, flight info and appointments; all by swiping right from the homescreen. 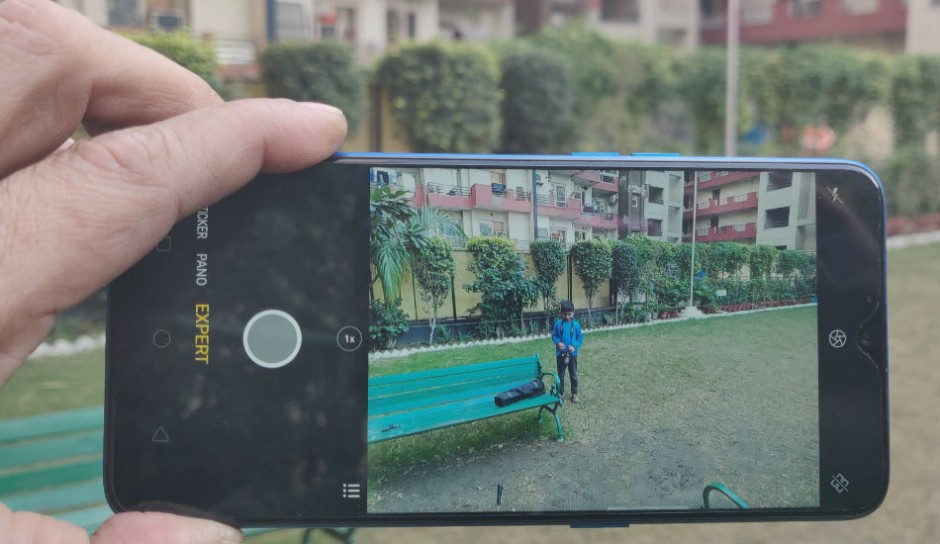 The Note 6 Pro runs the not-so-latest Android 8.1 Oreo with Xiaomi’s MIUI 10 on top. The interface comes loaded with full-screen hand gestures and improved recent menu option. The recent apps are now shown in card-like format, which the company claims make it easier for the user to switch between different apps. The device uses AI to decrease app load and analyses a user’s behaviour to optimise the UI accordingly.

In terms of optics, the Redmi Note 6 Pro features a 12-megapixel primary lens with f/2.2 aperture, a 5-megapixel secondary sensor and a 20MP + 2MP dual front camera setup. The device supports AI scene detection, night mode, portrait mode, electronic image stabilisation and video recording at 1080p. In our testing, the device clicked good pictures with the only complaint being lack of focus in certain conditions. 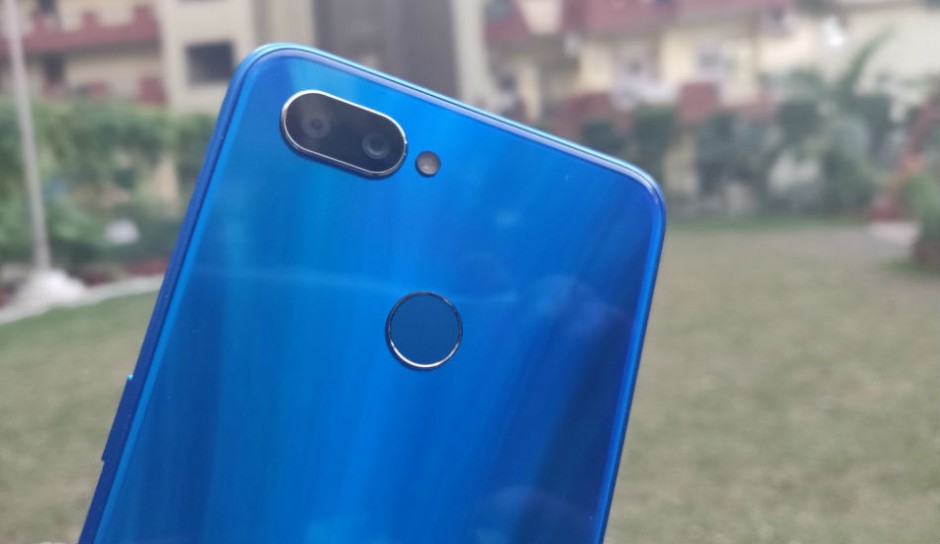 The Realme U1, on the other hand, features a dual-camera setup at the rear panel with a combination of 13-megapixel primary sensor with an f/2.2 aperture and a 2-megapixel secondary sensor with an f/2.4 aperture, coupled with an LED flash. For the front, there is a 25-megapixel Sony IMX576 sensor with f/2.0 aperture, 1.8-micron pixels, and 4-in-1 pixels tech and AI beautify feature that scans 296 facial recognition points and studio portrait lighting modes.

Realme’s newest U-series smartphone only features a 3,500mAh battery on the inside. This is where the Redmi Note 6 Pro edges past with a total of 4,000mAh power unit fuelling itself. However, there’s no fast charging support on either phone as both are stuck with a 2A/5V 10W charging brick for fuelling the device back up to 100 percent.

As good as it may sound, the Realme U1 is positioned weirdly in the budget game. For a starting price of Rs 11,999, it features a powerful chipset that delivers smooth performance on a regular basis. While primary imaging is decent, the phone will appeal to the youth for its selfie-centric approach and a unique looking design at the back which looks deceptively premium.

If you paid a tad bit higher, you might get your hands on the 4GB variant and that’s where it pokes its own Snapdragon-powered sibling – the Realme 2 Pro. The latter will get you a larger battery with better quality from the main camera as well as better memory management with a 6GB option of its own for around the same price.

While Realme refined its budget approach, Xiaomi doesn’t appear to be aiming to reach a larger audience as the Redmi Note 6 Pro fails to step away from its comfort zone of familiar chipsets, the same camera and what now feels like a design from five years ago.