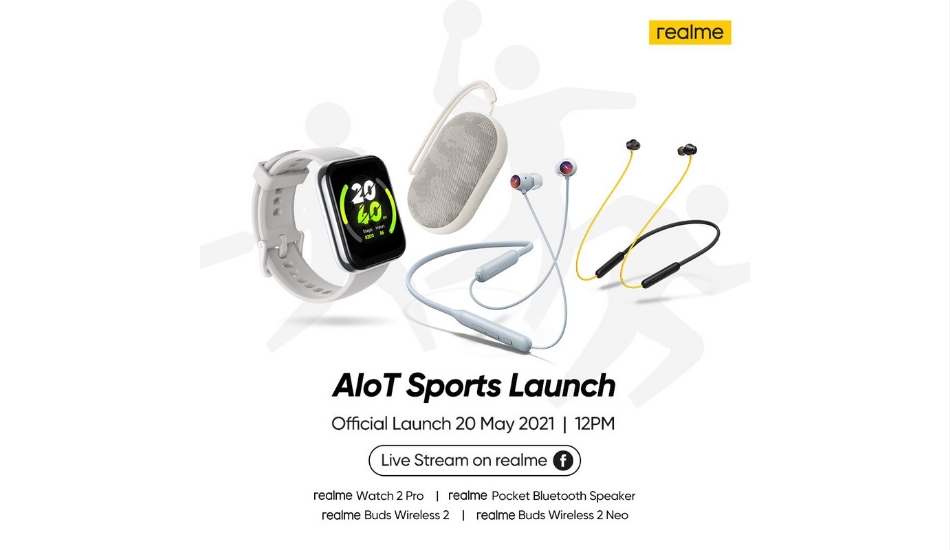 Realme is set to launch a bunch of AIoT products in Malaysia on May 20th including the Realme Watch 2 Pro.

Realme is all set to launch a new set of AIoT products in Malaysia on 20th of May. The products include Realme Watch 2 Pro, Realme Buds Wireless 2, Buds Wireless 2 Neo and Realme Pocket Bluetooth speaker. Realme already launched a Watch 2 in the region last month and now there’s a Pro version already.

The Realme Buds Wireless 2 Neo sport a 150mAh battery providing up to 17 hours of playback. The headphones have a neckband style dedign and have Bluetooth 5.0 and IPX4 water-repellant coating. The audio relies on 11.2mm drivers. These are the official specifications of the Wireless earphones as they have already been launched in Bangladesh. 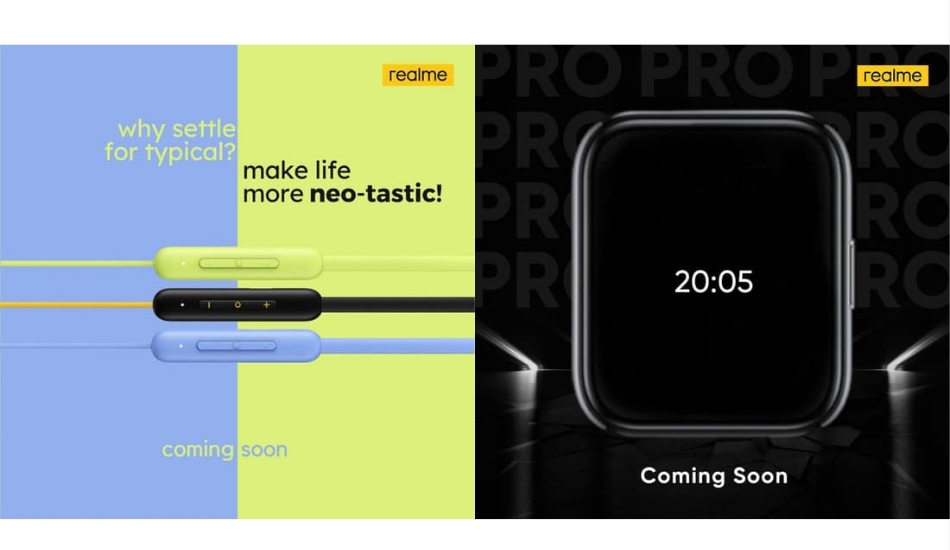 The Realme Cobble Bluetooth speaker comes with a Game Mode that is claimed to offer a low latency of up to 88ms. The speaker also features stereo pairing and comes with three equalizer presets including Bass, Dynamic and Bright. The speaker hmis IPX5 certified making it resistant to minor splashes and sprinkles.