Realme teases Realme 3 ahead of expected launch in March 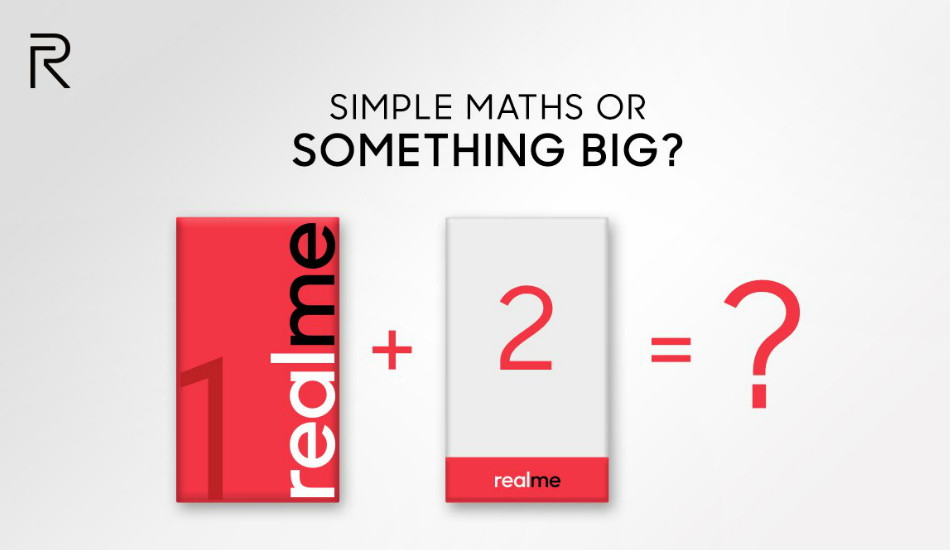 The teaser by Realme Mobiles shows retail boxes of its first smartphone Realme 1 and its successor, the Realme 2; adjacent to each other. Clearly a less vague hint to show that the successor to the Realme 2 is coming. The teaser also reads out “Simple maths or Something big”.

Days after slashing the price of the Realme 2 Pro by Rs 1,000, Realme has now teased its upcoming smartphone on social media. The upcoming device which we believe is the Realme 3 will be the sixth smartphone launched by the Oppo divorcee and we can expect its launch sometime next month. 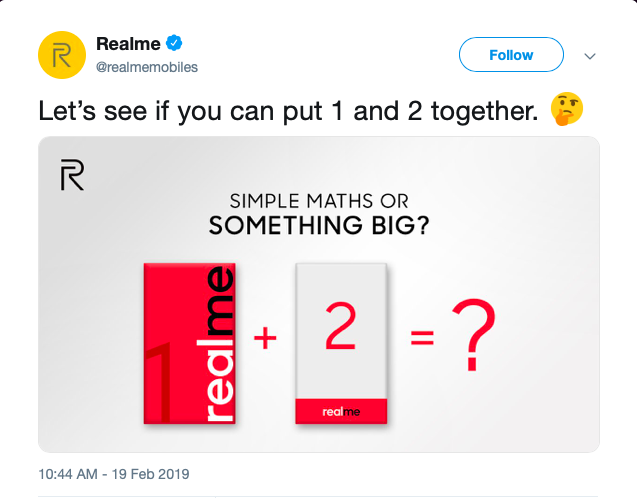 The teaser was first posted by Realme Mobiles’ official Twitter handle showing retail boxes of its first smartphone Realme 1 and its successor, the Realme 2; adjacent to each other. Clearly a less vague hint to show that the successor to the Realme 2 is coming. However, the teaser also reads out “Simple maths or Something big”, which begs to ask if the upcoming device is anything other than the Realme 3.

Besides, that Realme has also confirmed that Realme 2 and all of its other devices will soon be updated to Google’s latest Android 9 Pie. The company also confirmed that the upcoming software update will also be coupled with ColorOS 6 which remains its primary interface, considering how much Realme wants to call itself an independent brand. Android 9 Pie update to all sex Realme devices will find its way during Q1- Q2 of 2019.

Coming back to the Realme 3, we haven’t heard much about Realme’s soon-to-be-released smartphone as there have been no leaks or rumours surrounding the smartphone. That’s odd as it’s widely reported that the Realme 3 or whatever the new Realme phone will be called, will go live sometime next month.