Realme Pad X will launch in China this month. It will come with a four-speaker configuration with Dolby Atmos support. 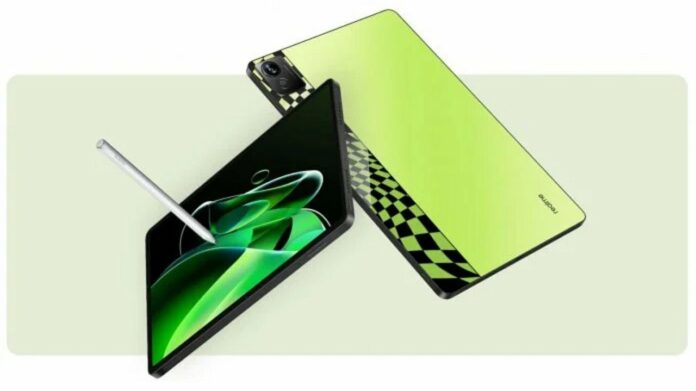 Realme Pad X tablet is already confirmed to be launching in China on May 26. Now ahead of its launch, the design and a few key specifications of Realme Pad X have been confirmed. In addition, the tablet has been certified by Bureau of Indian Standards (BIS) in India.

According to Relame’s Xu Chi Chase on the Chinese microblogging website Weibo, the Realme Pad X will house an 8,340mAh battery. The device will carry support for 33W fast charging. He claimed that the tablet can be used for a week without charging. For the display, Realme Pad has been confirmed to sport an 11-inch display with a 2K resolution.

Further, the LCD panel will have a sunlight mode and a hardware-level anti-blue light for eye protection with German Rheinland’s eye protection certification. He also added that the tablet will come with a four-speaker configuration with Dolby Atmos support to offer a great entertainment experience.

Realme Pad X will be powered by the Snapdragon 870 SoC. Realme Pad 5G could also be powered by yet to be announced Snapdragon 8 Gen 1+ chipset. This variant could be called the Realme Pad 5G Master Explorer Edtion. In addition, the tablet’s storage can be expanded with the help of a MicroSD card. The tablet will come in Blue and Grey colours. Further, there will also be stylus support as well. The device will sport a slim profile of 7.1mm.

Meanwhile, the Realme tablet with model number model number RMP2108 has been certified by BIS. The appearance on the BIS indicates that the India launch of the tablet is just around the corner. The listing was first spotted by tipster Mukul Sharma. Sadly, the listing does not reveal any key information on the upcoming device. It just hints at an imminent launch in the country.