Realme Pad X 5G will be expected to launch in India next month. It is said to pack Snapdragon 695 5G like China variant. 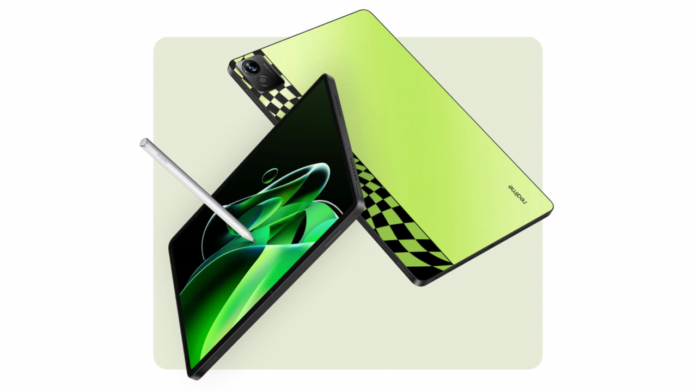 According to a tweet by tipster Abhishek Yadav, the tablet will be launching in India before 10 July, 2022. However, the exact launch date is still unknown. Previously, the tablet was tipped to debut in the country in mid-June.

The same tipster in an earlier tweet revealed that the Indian variant will also feature the Snapdragon 695 5G chipset, just like the Chinese counterpart.

The Realme Pad X sports an 11-inch LCD display with a 2K resolution. The panel has support for sunlight mode and a TÜV Rheinland-certified hardware-level blue light filter. The screen has 450 nits of peak brightness with 84.6% of screen-to-body ratio.

The Pad X is powered by the Snapdragon 695 chipset paired with up to 6GB of RAM an up to 128GB of storage. The device supports virtual RAM expansion up to 5GB and internal storage expansion up to 512GB using a microSD card.

The tablet has a 13MP rear camera and a 105° front-facing front camera for optics. Next, the screen has support for stylus input.

The tablet runs on Realme UI 3.0 for Pad which is based on Android 12. You get Quad speaker setup on the Realme Pad X that is powered by Dolby Atmos and supports Hi-res audio. It packs an 8,340mAh battery with 33W fast charging support.

Meanwhile, Realme C30 India launch set for June 20. The smartphone is now listed on Flipkart. The listing has confirmed a few specifications of the upcoming smartphone. The brand has also confirmed the Unisoc processor, battery capacity, weight and thickness of the device.

The Realme C30 will be powered by an octa-core Unisoc T612 under the hood. It will pack in a 5,000mAh battery. The device measures 8.5mm in thickness and weighs around 181 grams.