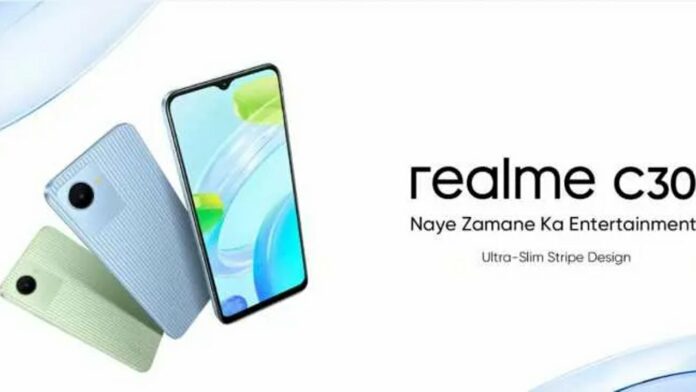 Realme is all set to unveil a new budget smartphone in India called the Realme C30. The company has confirmed to launch Realme C30 in India on June 20.

The announcement for the launch of Realme C30 in India was made by Realme India’s Twitter account. The date is set for June 20 at 12:30 PM IST.

Realme C30 has also been now listed on Flipkart. The listing has confirmed a few specifications of the upcoming smartphone. The brand has also confirmed the Unisoc processor, battery capacity, weight and thickness of the device.

The smartphone will have a 6.6-inch FHD+ display which is likely be an LCD panel. It would be backed by a 5,000mAh battery that supports 10W charging. The device measures 8.5mm in thickness and weighs around 181 grams.

The Realme C30 will be powered by an octa-core Unisoc T612 under the hood. Further the smartphone will come in two storage variants. There will be 2GB RAM and 32GB storage and 3GB of RAM with 32GB of storage variants. Further, it will have a 13-megapixel camera on the back and a 5-megapixel selfie camera. The C30 will pack in a 5,000mAh battery.

Previously, official renders of the Realme C30 were also leaked online. The renders show that the phone will feature a waterdrop notch at the top and a thick bottom bezel.

At the back, the C30 will sport a unique design with vertical lines on the back. There will be a single camera with an LED flash in the upper-left corner. The Realme branding can also be seen at the back in the left corner at the bottom. The handset does not seem to feature a fingerprint scanner.

The bottom edge of the phone will feature a speaker grille, a microphone, a micro USB port, and a 3.5mm headphone jack. The right side of the smartphone features a volume rocker and a power button. The renders show the phone in two colours – Blue and Green.

As per an earlier leak, Realme C30 will come in three colour options. These include Denim Black, Lake Blue, and Bamboo Green. 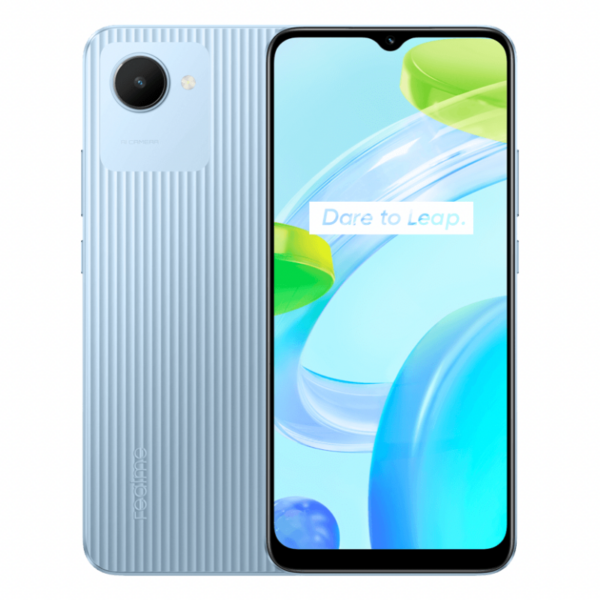