Realme is working on a mini version of the Realme Pad, the specs and renders for which have now been tipped. 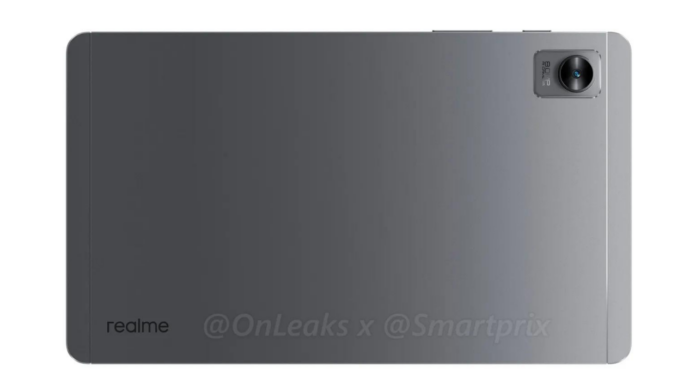 Realme entered the tablet segment last year with its Realme Pad that came with a Helio G80 SoC and had a big 10.4-inch display. Now, the brand seems to be working on a mini version of the Realme Pad that should come to India soon. The specifications and the renders for this tablet have now been shared by a tipster.

Steve Hemmerstoffer, a.k.a OnLeaks, in collaboration with Smartprix, has unveiled the renders of Realme Pad Mini. To those unaware, the RMP2105 model number for the tablet was approved with the Realme Pad Mini moniker by Thailand’s NBTC authority. Coming back to the renders, they show the Realme tablet from the back in silver colour.

There’s the Realme branding at the back along with a single camera lens in a square module. On the left side can be seen a power button and volume rockers. The text below the camera confirms that it will be an 8-megapixel AI camera sensor. The front of the new Realme tablet is yet to be disclosed.

Apart from the renders, the specs have also been shared in the leak. The Realme Pad Mini seems to have an 8.7-inch display, and it is powered by the Unisoc T616 chipset. This corroborates a Geekbench listing from December for the tablet, which had the RMP2105 model number and showed that it had a Unisoc SoC under the hood.

The leak further reveals that the tablet will come with 4 GB of RAM and 64 GB of in-built storage. It will be backed by a 6,400mAh battery and will support 18W fast charging, just like the Realme Pad. The device will sport a slim profile of 7.6mm. For the optics, the front side will have a 5-megapixel camera for selfies and video calls. Its rear side will feature an 8-megapixel shooter.