Realme Narzo 50A has now received certification at BIS and NBTC. This suggests that the company could have skipped the Realme Narzo 40 series. 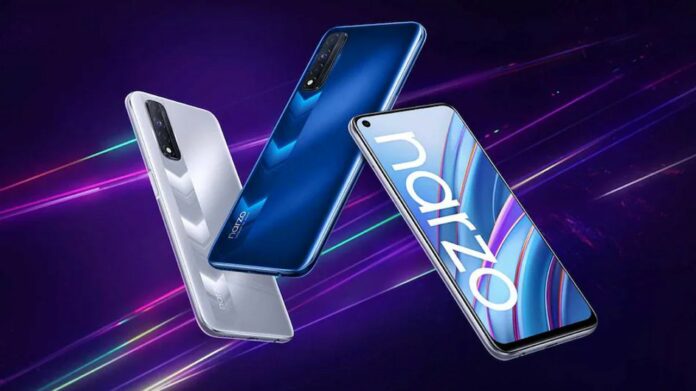 UPDATE: A new listing has revealed the primary and front cameras of the phone. It will feature a 13MP primary rear camera, and an 8MP front camera.

Realme is yet gearing up to launch the next generation of smartphones under its Narzo series. The smartphone could be called the Realme Narzo 50A. This suggests that Realme has skipped the Narzo 40 series, which Chinese players mostly tend to do.

As reported by tipster Abhishek Yadav on Twitter, a Realme smartphone with model number RMX3430 has now been certified at India’s Bureau of Indian Standards (BIS) and Thailand’s National Broadcasting and Telecommunications Commission (NBTC). The NBTC listing confirms the smartphone will be called the Realme Narzo 50A 4G.

There’s no information regarding the specifications of the devices. As usual, we can expect the series to consist of the Realme Narzo 50, Narzo 50A and the Narzo 50 Pro. Moreover, the Pro and the vanilla version may have 5G models as well.

Realme recently launched a new variant of Realme Narzo 30 in India. The company had introduced a new 6GB + 64GB model for Rs 13,499. The Narzo 30 4G was launched in two storage variants. It came with up to 6GB of RAM and 128GB of internal storage.

It features a 6.5-inch Full HD+ display with a resolution of 1080 x 2400 pixels, up to 580 nits brightness, 405PPI pixel density and 90Hz refresh rate. It is powered by octa-core MediaTek Helio G95 SoC paired with up to 6GB of RAM and 128GB of internal storage. You can expand the storage up to 256GB using a microSD card.

For the camera, the Narzo 30 comes with a triple rear camera setup with a 48-megapixel primary sensor with f/1.8 aperture, LED flash. There is also a 2-megapixel B&W portrait camera and a 2-megapixel MP 4cm macro sensor with f/2.4 aperture. On the front, it has a 16-megapixel front camera sensor for selfies and video calls.

Talking about the software, the smartphone runs on Android 11 with Realme UI 2.0 out of the box. Realme Narzo 30 is backed by a 5,000mAh battery with 30W Dart Charge fast charging support.