Realme Narzo 20A Android 11 update has now been rolled out. The phone was launched last year with Android 10 software out of the box. 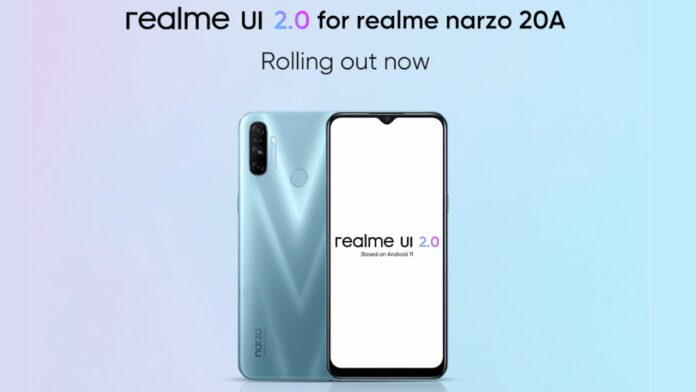 Realme Narzo 20A is getting a stable version of the Android 11-based Realme UI 2.0 update. The brand launched the phone last year in India in September with Android 10.

Under the hood, the Narzo 20A is be powered by an octa-core Snapdragon 665 chipset coupled with up to 4GB RAM and 64GB onboard storage.