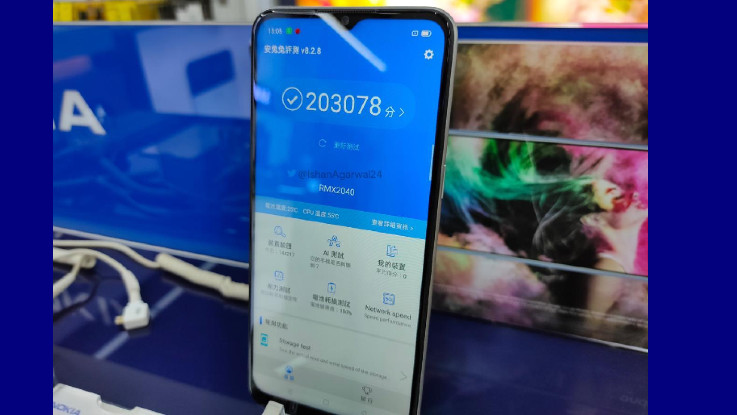 Just ahead of the official launch, key details about the Narzo 10 has emerged online.

Realme just recently announced that it will be launching Narzo 10 and Narzo 10A smartphones in India on March 26. Now, just ahead of the official launch, key details about the Narzo 10 has emerged online.

As per tipster Ishan Agarwal, the Realme Nazro 10 will come with model number RMX2040. The tipster has also shared a live image of the upcoming smartphone. The image shows that the phone will feature a waterdrop notch design at the front and the bezels look quite slim in nature. The power on/off button is located at the right side, while the volume controls will be on the left.

Realme has already revealed that the smartphones will come gaming-centric chipsets along with 5000mAh battery with Quick charge support. The battery will deliver up to 39 days of standby time.

Furthermore, the teaser reveals the smartphone will come with a large display of 6.5 inches along with an 89.8 per cent of screen-to-body ratio. That said, the Realme Narzo 10 and Realme Narzo 10A is said to be a rebranded version of Realme 6i and Realme C3 (Indonesia version).