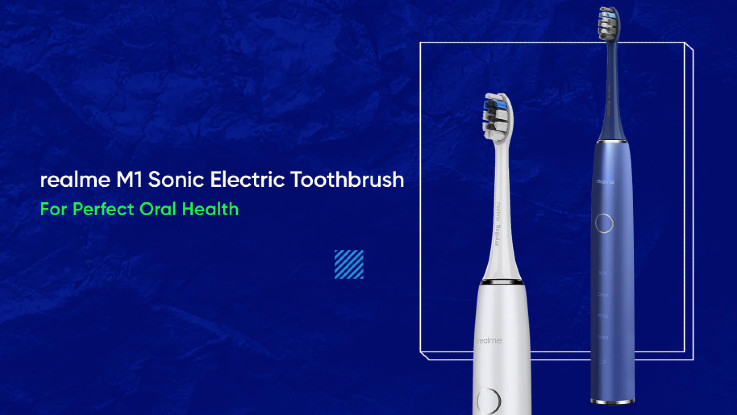 The brand has confirmed that the upcoming toothbrush will be known as Realme M1 Sonic Electric Toothbrush.

The company has also revealed some features of the upcoming toothbrush. To start with, the toothbrush will be available in White and Blue colour options. The Sonic Electric Toothbrush comes with four cleaning modes including Soft Mode for sensitive teeth, Clean Mode for daily use, White Mode for deep cleaning and Polish Mode for shining teeth.