Realme 7, Realme 7 Pro to launch in India on September 3 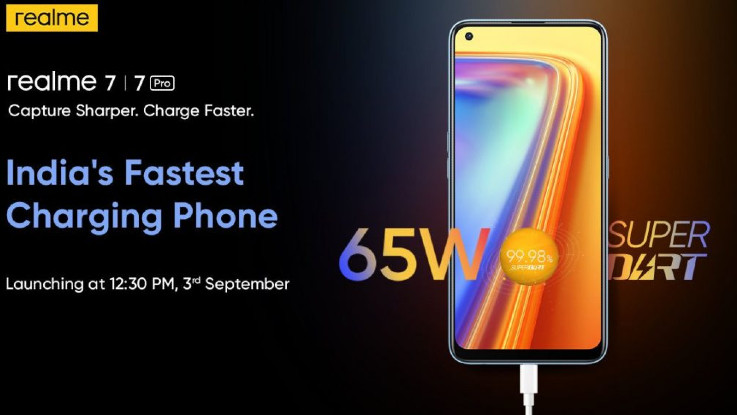 The brand has confirmed that the upcoming series will be launched in India on September 3.

Furthermore, the series will come with a 64-megapixel quad-camera setup as well. The brand says that the Realme 7 Pro will be one of the fastest charging smartphones in India, which can be charged from 0 per cent to 100 per cent in just 34 minutes. Furthermore, 3 minutes of charge will provide 3.5 hours calling, 2.5 hours movie, 13.2 hours music and 3 rounds on PUBG Mobile.

Meanwhile, the company has started the blind orders for the upcoming Realme 7 series on its official website. One can pay Rs 1,000 and the user will get 100 per cent change to buy the phone in advance and one can pay the remaining amount between September 3 and September 15. Realme 7 Blind Order users will get Rs. 100 off on realme AIoT products and the realme 7 Pro Blind Order users will get Rs. 500 to Rs. 1000 random discount coupon for phones.