Realme GT Neo 3 moniker has been spotted on Realme India website which points towards the launch of the device in India soon. 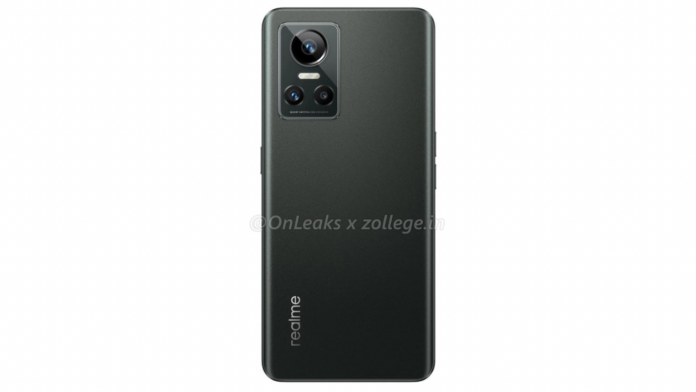 Realme GT Neo 3 is an upcoming GT series smartphone from Realme that is expected to debut soon in India as per a new leak. The device was recently spotted on TENAA which revealed a bunch of the key specifications for the smartphone. As for the design, that has also been leaked in the past.

The tip comes from Pricebaba, as per the report the Realme GT Neo 3 moniker was spotted in the source code of the Realme India website. This points towards the launch of the device in the country soon. However, no other information has been revealed by the listing. The device should carry the model number RMX3560 as seen on TENAA.

The design of the back panel of the smartphone has already been shared by tipster Steve Hemmerstoffer. It reveals that the device will have a triple camera setup headlined by a 50-megapixel sensor, followed by two more sensors that sit below it. The volume rockers are on the left while the power button is on the right.

As per the TENAA listing, it will sport a 6.7-inch Full HD+ AMOLED display with a 120Hz refresh rate. Under the hood, the smartphone will be powered by the upcoming MediaTek Dimensity 8100 chipset. It should be paired with 8GB/12GB RAM and 128GB/256GB/516GB storage. The smartphone will be backed by a 4,500mAh battery.

As for optics, the handset will have a 50MP primary camera, an 8MP secondary camera, and a 2MP tertiary camera. For selfies, there’s a 16MP camera on the front. The device should boot Realme UI 3.0 based on Android 12 out of the box.