UPDATE: Realme GT 5G has now been spotted on China’s 3C website as per which the phone will feature 65W fast-charging support.

Realme has announced the launch date of its upcoming flagship smartphone, Realme GT 5G (aka Realme Race) as March 4. This will be the company’s first Snapdragon 888-powered smartphone.

A recent report had claimed that the Realme Race will launch in India as Realme GT. The phone is expected to launch in India too as the smartphone has received its BIS certification with the model number RMX2202. 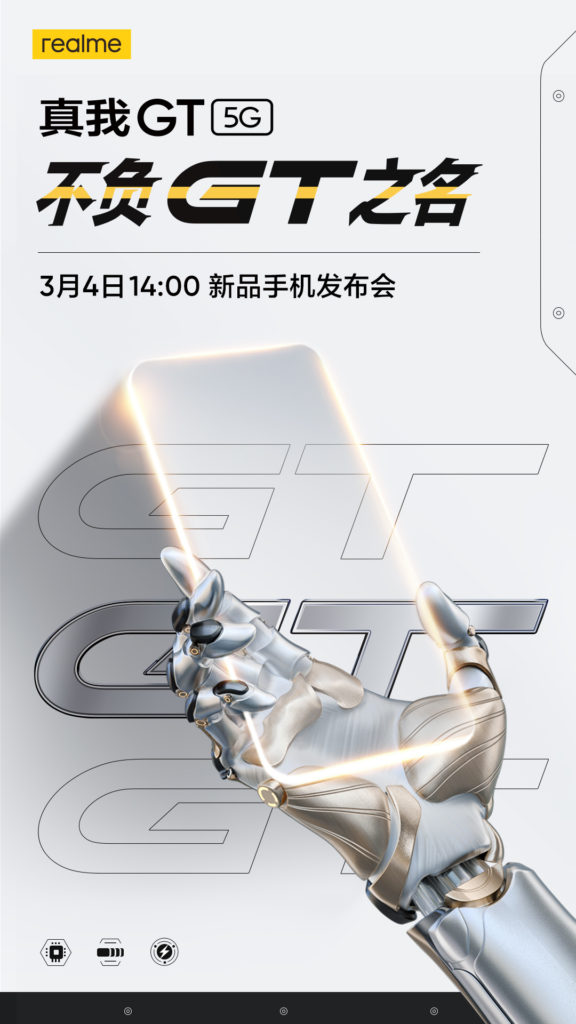 This very same model number was also spotted on TENAA earlier with the photo of the device that showed a 'GT' branding on the bottom right. As per the TENAA images, Realme phone will feature a punch-hole display with the front camera placed in the top left corner of the front panel. The rear side of the device will have a rectangle-shaped camera module.

According to tipster Digital Chat Station, Realme GT will be available in glass and plain leather editions. The Realme GT is expected to sport an OLED panel with up to 120Hz refresh rate support. It will be equipped with 12 GB of RAM, 256 GB of internal storage.

Realme GT 5G is rumoured to come with a huge 5000mAh battery with 125W fast charging support. Realme’s 125W UltraDart fast charging technology is said to charge a 4,000mAh battery up to 33% in just three minutes, and 100% in 20 minutes. The phone is also expected to launch with Realme UI 2.0 based Android 11 OS. It is speculated to feature a 64-megapixel primary camera.

Will Realme Race launch in India as Realme GT?