Realme has comfirmed that the GT 2 series will be launching worldwide on January 4. It will be powered by Snapdragon 8 Gen 1 SoC. 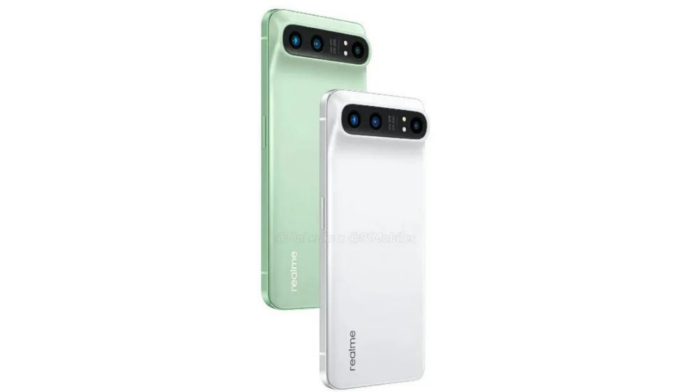 Realme already confirmed a while back that its GT 2 series of devices are coming soon and we now have an official date for the world debut of the smartphones which is now set for January 4. The GT 2 series will comprise of the Realme GT 2 Pro and a vanilla model is highly expected as well.

While there’s not much information about the GT 2, the Realme GT 2 Pro has been leaked plenty of times in the past. In fact, Realme has confirmed that the GT 2 Pro will be its most premium device yet. Further, Realme GT 2 Pro’s back panel will be made up of bio-polymer material, designed by popular Japanese designer Naoto Fukasawa and Realme Design Studio.

Moreover, it will also be the first phone to get an ultra-wide camera with a field of view of 150 degrees. It is also expected to support a new Fisheye mode. Realme has also confirmed that it will have support for a new Antenna Array Matrix System that features the world’s first HyperSmart Antenna Switching technology, a Wi-Fi Enhancer, and 360-degree NFC as well.

The leaked renders for the GT 2 Pro show that it will have a distinctive design compared to Realme’s other smartphones and will have a horizontal camera bar that stretches from the entire left to right.

The design seems to be inspired by the Nexus 6P that also had a similar-looking camera module. The module consists of triple cameras and dual-LED flash cutouts. The engraving in the module suggests the Realme GT 2 Pro will have dual 50MP cameras and GR Lens. GR Lenses deliver the best shooting performance by reducing ghosting, multi-coating on all surfaces, and providing resistance against backlighting.

The specifications for the GT 2 Pro state that it will sport a 6.51-inch AMOLED screen with a Full HD+ resolution. This display will refresh at a rate of 120Hz. There will be an in-display fingerprint sensor as well. On the front, the smartphone shall have a hole-punch design for a 32-megapixel selfie camera. The smartphone has been confirmed to be powered by the Snapdragon 8 Gen 1 SoC.

Furthermore, you should be getting 8GB or 12GB of LPDDR5 RAM with 128GB or 256GB of UFS 3.1 storage. There will be a triple camera unit, which includes a 50-megapixel primary sensor, an 8-megapixel ultra-wide sensor and a 5-megapixel sensor.

Further, the smartphone should be backed by a 5000mAh battery with 125W fast charging support. Additionally, on the software front, you will get Realme UI 3.0 based on Android 12. Additional features include stereo speakers with Hi-res audio and a linear motor for haptics. Connectivity options include dual-SIM 5G, dual-band WiFi 6, Bluetooth 5.2, dual-frequency GNSS, NFC, and a USB Type-C port.

There are no leaks about the India pricing of the smartphone but it is speculated to cost below Rs 60,000. For official information, we’ll have to wait for the brand to unveil the device during the first week of January.