This is the first confirmation about the Realme GT 2.

According to a report from Weibo, Wang Wei Derek, President of Realme and President of Realme’s global product line, has said that Realme GT 2 is already in the works. He also revealed that this upcoming flagship would be equipped with the Qualcomm Snapdragon 895 mobile processor.

According to him, Realme GT was the first to be powered by the Snapdragon 888 SoC. Now the next generation of the GT series will feature the next flagship chipset of Qualcomm Snapdragon. Here’s what Realme’s president said: 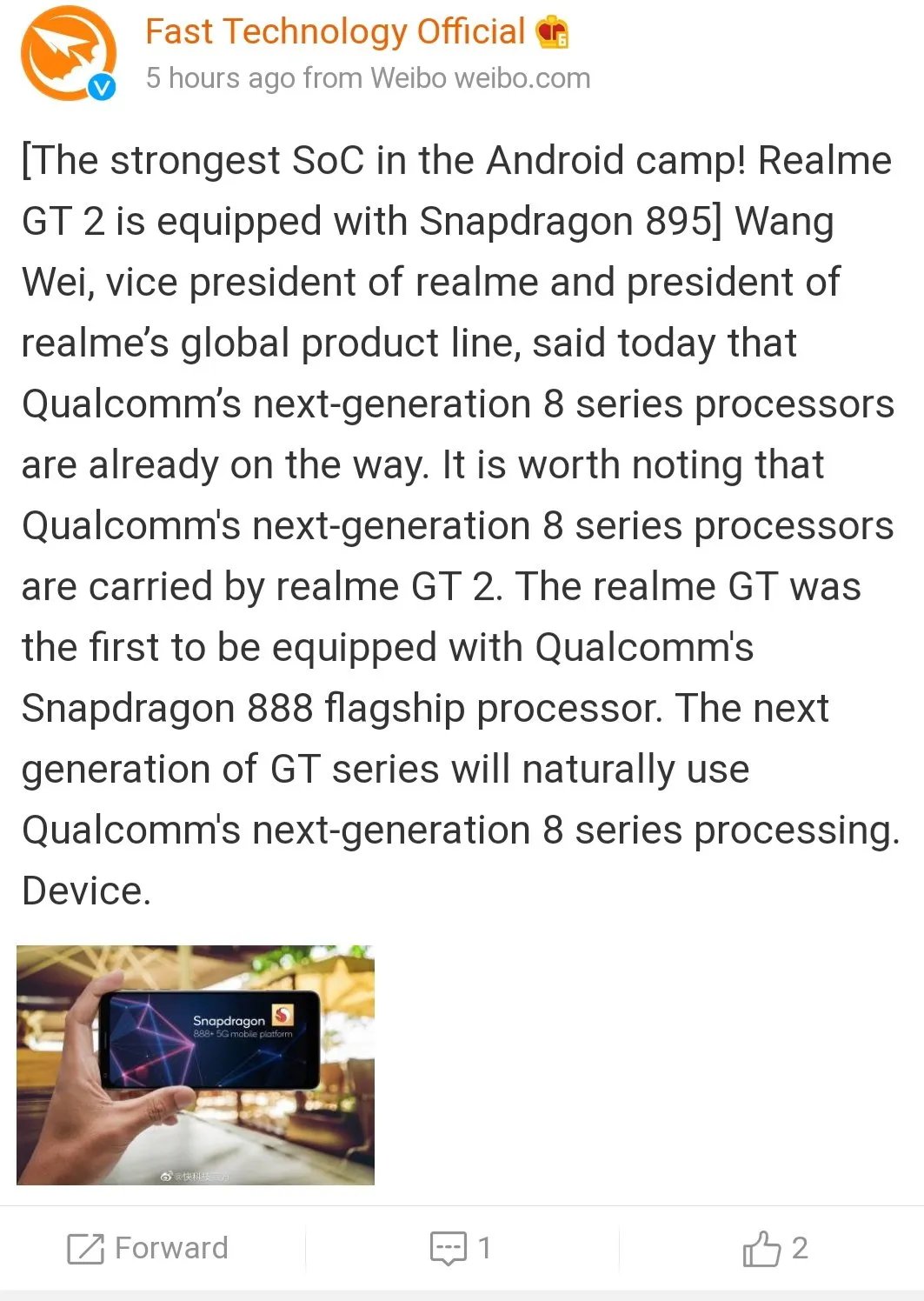 As of now, the launch date for the smartphone has not been revealed. However, the Snapdragon 895 chipset is expected to launch in Q4 2021. So we expect Realme GT 2 to be only announced after that.

Realme recently announced the Realme GT globally. Further, we also know that it is working on the Realme GT Master Edition, a camera-centric flagship smartphone. This Edition is likely to feature the same specs as the original Realme GT 5G apart from the design change.

Recently, it was reported that Realme will partner with Kodak for its upcoming Realme GT Master Edition. Previously, we have already seen many partnerships of popular mobile brands with camera companies. OnePlus collaborated with Hasselblad. Vivo and Nokia, too, partnered with Zeiss. Then there is Huawei, which collaborated with Leica for its smartphones.

The Realme GT 5G packs a 5000mAh battery with 125W fast charging that offers 100% charge in 35 minutes. For security, there is an in-screen fingerprint sensor. The smartphone runs Realme UI 2.0 based on Android 11 on the software front.

Realme GT is equipped with a triple camera setup with 64-megapixel primary camera with f/1.8 aperture, 8-megapixel ultra-wide-angle lens 119° ultra-wide sensor with f/2.3 aperture and a 2-megapixel macro sensor with f/2.4 aperture. In addition, the phone carries a 16-megapixel front camera for selfies and video calls with f/2.5 aperture.