It is likely if either both the Realme 8 phones will be equipped with 108MP camera, or only the top-end Realme 8 Pro phone.

As of now, details for Realme’s 108MP camera is not known but Realme has already teased that the upcoming Realme 8 phone will come with the 108MP sensor as the main camera.

Meanwhile, an image of Bollywood actor Salman Khan has leaked online in which he is holding the possible Realme 8 Pro. This suggests an imminent launch of the Realme 8 series in India. 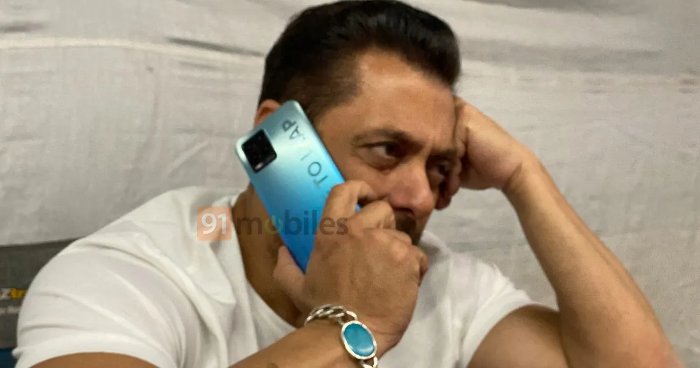 To refresh, Salman Khan is the brand ambassador for Realme smartphones. As per the leaked image, the phone features a shiny blue finish at the back with the company’s Dare to Leap branding. At the back, there is a square-shaped quad-camera setup. The Realme 8 Pro is expected to come with a 108MP quad-camera setup.

The Realme 8 and 8 Pro key details are under wraps at the moment. Realme 8 was earlier spotted on Geekbench with the model number RMX3092. As per the listing, the device will be powered by the MediaTek Dimensity 720 octa-core processor that will be paired with 8GB of RAM. The device will run on Android 11 with Realme UI 2.0 on top and should also support 65W fast charging.