Another Realme C-series device is expected to launch in India soon. 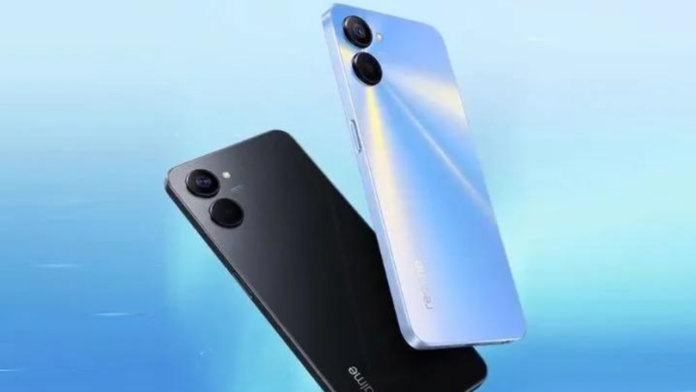 Realme could be soon planning to expand its C-series smartphones in India with a new addition to the lineup called Realme C33. The storage as well as colour options for this budget oriented smartphone have now been tipped. Realme’s C-series already includes Realme C30, C31, and C35.

The report comes from Appuals as per whom the Realme C33 will debut in the Indian market very soon. It is said to be an entry-level device that could be made available in three colour and storage options. For colour options, we could be looking at Sandy Gold, Aqua Blue, and Night Sea finishes

In addition, it may come in 3GB RAM + 32GB storage base model, 4GB RAM + 64GB storage mid-tier model, and a top-of-the-line 4GB RAM + 128GB storage trim. The device is expected to debut at a price under Rs 10,000. Apart from that, not much is known about the specifications of the smartphone.

Further, the brand is gearing up to launch the Realme 9i 5G in India. Realme 9i 5G launch event will take place digitally on Thursday, August 18 2022 at 12:30 PM. One can watch the live broadcast of the event on realme’s social media channels, including YouTube and Facebook. The realme 9i 5G is confirmed to be powered by the MediaTek Dimensity 810 5G chipset.

Realme says it will be packed with a “massive battery” and an AI Triple camera setup. The exact details weren’t revealed by the brand. What it also showcased was the design of the device which shows that it flat sides with the power button on the right.