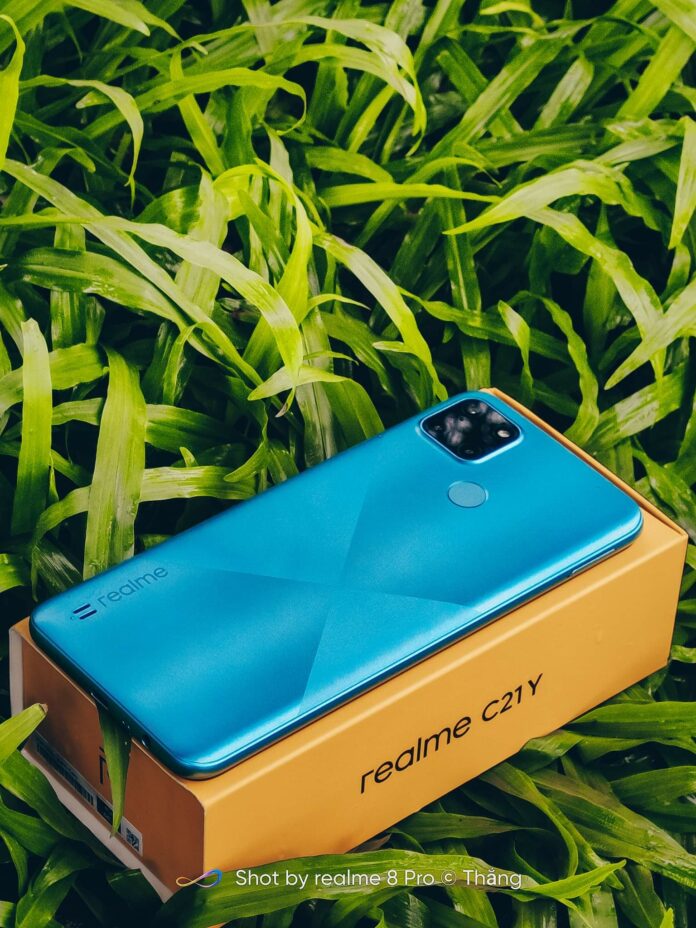 Realme C21Y will feature a 6.5-inch HD IPS display, with a peak brightness of 420 nits.

Realme is currently working on its upcoming C series smartphone which is dubbed as Realme C21Y. The phone will be launching in Vietnam soon and is tipped to be Realme’s first Android Go phone.

The specifications of the Realme C21Y have been leaked by tipster Chun on his official Twitter account. As per him, Realme C21Y will feature a 6.5-inch HD IPS display, with a peak brightness of 420 nits. The phone has a waterdrop notch to house the selfie camera on the front.

Under the hood, the smartphone will be powered by Spreadtrum T610 chipset paired with 4GB of RAM and 64GB of storage. It supports up to 256 GB of microSD through the storage expansion slot.

Further, the tipster says that the upcoming smartphone will run on Android Go 11 which is the stock Android. To recall, Realme’s earlier C-series phones run on regular Android software versions.  The phone will pack a 5000mAh battery with a 10W charging speed.

According to the leakster, the Realme C21Y will come with similar specifications to the Realme C21 except for the SoC and Android. The phone will feature a triple rear-camera setup with a 13-megapixel, 2-megapixel, and 2-megapixel triple sensors with an LED flash. Upfront, there will be a 5-megapixel camera sensor sitting inside the waterdrop notch.

Connectivity features will include dual 4G VoLTE, Wi-Fi, Bluetooth 5.0, GPS, micro USB, a 3.5mm audio jack. There will be a fingerprint sensor on the backside, as well.

However, an earlier FCC listing revealed that the Realme RMX3261 or Realme C21Y will be backed up by a 4,880mAh battery with 18W charging. The phone will run Android 11 out of the box, likely with Realme UI 2.0 on top. Connectivity options could include 4G LTE, Bluetooth 5.1, and a single-band Wi-Fi. The phone measures 173.9 x 75.96mm.