The company has also teased the upcoming wireless earbuds in the teaser video.

Realme recently introduced its latest realme UI operating system and it also revealed a teaser video. Interestingly, the company has also teased the upcoming wireless earbuds in the teaser video. 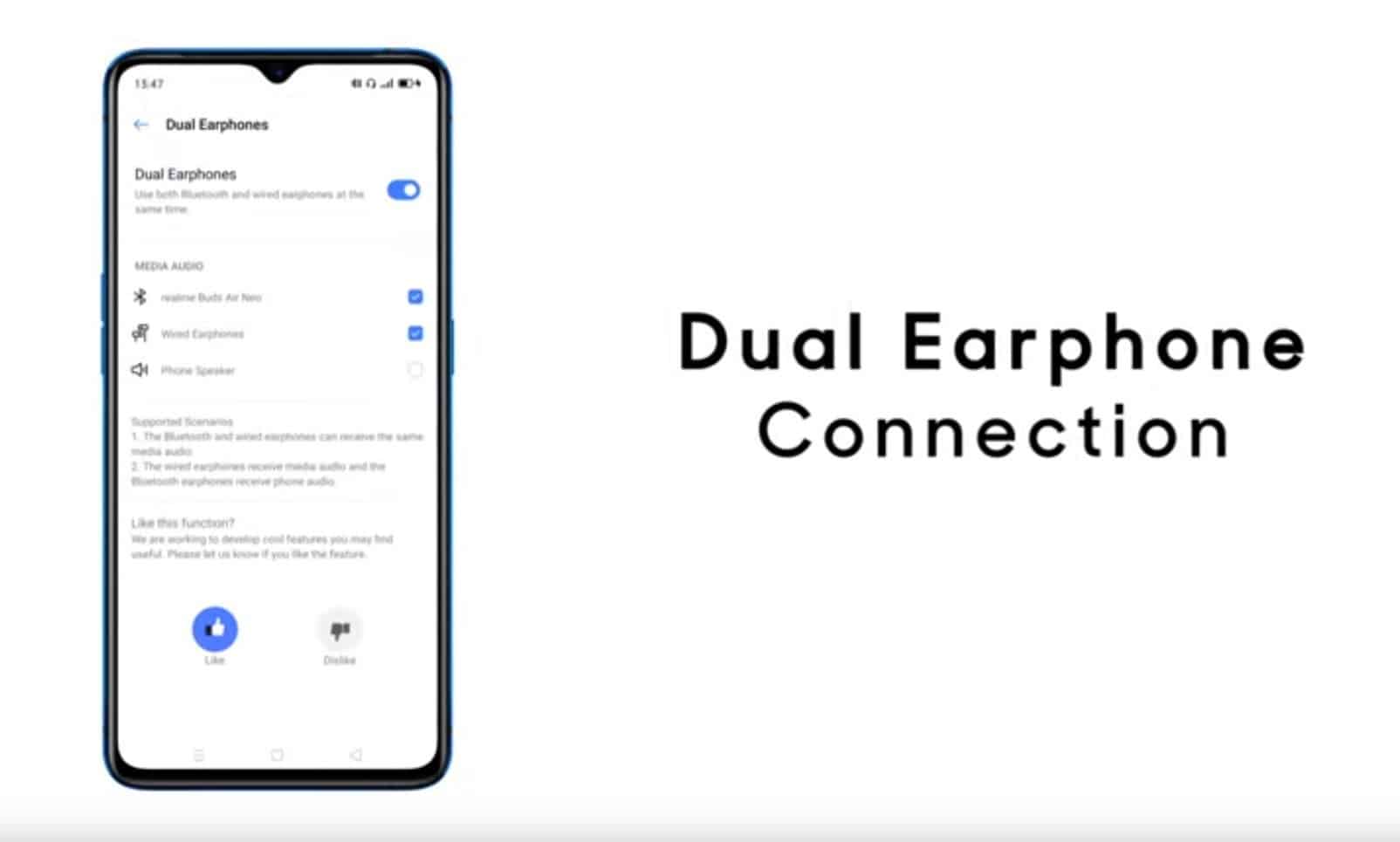 Coming to the Dual Earphone connection, it allows users to send different audio to wired and wireless headphones. With this, one can listen to music on the wired headphones and use a Bluetooth headset for calls. Apart from this, the company has also detailed some other features.

The realme UI comes with naturally high-saturation and high-brightness colours to construct an authentic colour scheme. The brand has taken inspiration from household items for designing its latest realme UI.

The realme UI also features a new Quantum Animation Engine, which the company claims increases screen fluency and users will get smooth animation as well. The latest UI is built on Android 10 and it is said to be light, fast, and comes with power-saving features.