Realme Buds Air 3 is tipped to launch in India in March. It might come in Galaxy White and Starry Blue colours. 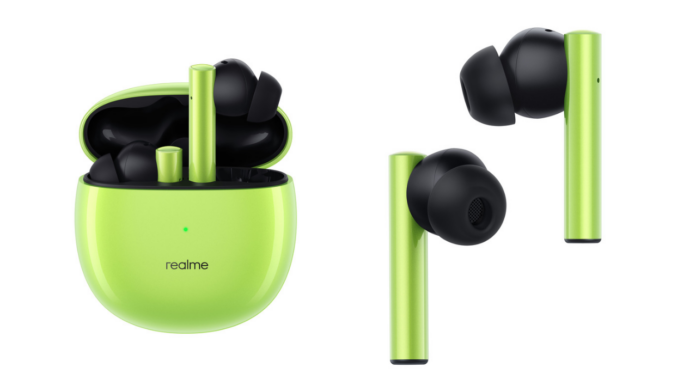 Realme will reportedly launch the Buds Air 3 TWS earphones in the month of March for the Indian market. Previous reports have indicated the upcoming TWS will launch along Realme 9 series smartphones on February 15 in India but that didn’t happen.

Now Tipster Mukul Sharma has revealed the launch timeline of the Buds Air 3. As per his tweet, the TWS will launch next month but an exact date is not known yet. Have a look at his tweet below:

The Realme Buds Air 3 will be the successors to the Buds Air 2 earbuds which were launched in India last year at Rs 3,299. The upcoming Buds will feature a short stem in-ear design. Further, they are said to be available in Galaxy White and Starry Blue colour options.

Additionally, the Buds Air 3 might come with 30hrs of total playback time on a single charge. They will offer 42dB Active Noise Cancellation (ANC), and a 10mm Dynamic Bass Boost driver.

Meanwhile in a related story, Realme is soon expected to launch Realme 9 5G in India. Realme 9 5G will come in two storage options – 4GB RAM + 64GB and 6GB RAM + 128GB. Further for the colour, the device will be available in four colour options. This will include Stargaze White, Supersonic Blue, Supersonic Black, and Meteor Black.

As per the leaks, the phone is tipped to come with a 6.5-inch Full HD+ display with 90Hz refresh rate. Under the hood, it will pack a MediaTek Dimensity 810 5G processor with up to 8GB RAM and 128GB of storage. It will run on Android 12 and pack a 5,000mAh battery.