Realme 3 Pro Android 11 Update has now been rolled out. The phone was launched in the year 2019 with Android 9 software out of the box. 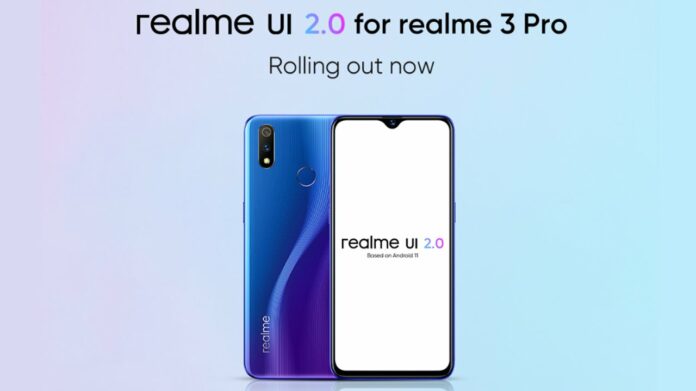 Realme 3 Pro is getting a stable version of the Android 11-based Realme UI 2.0 update in India. Realme launched the Realme 3 Pro back in 2019.

The device was launched with Android 9 Pie. Later on, it was updated to Android 10-based realme UI.

The phone is equipped with 4045mAh battery with VOOC 3.0 fast charging. It has a dual-camera setup on the back with a combination of 16-megapixel primary lens with Sony IMX519 sensor, f/1.7 aperture, 1.22-micron pixel along and a 5-megapixel secondary shooter with f/2.4 aperture. The phone has a 25-megapixel front camera with an aperture of f/2.0 aperture and 1/ 2.8 sensor size for selfies and video calling.