Realme 2 to come in three variants 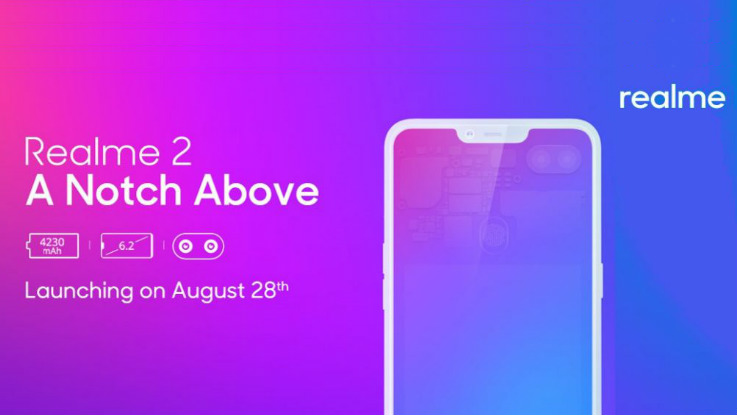 Realme is all set to launch its second smartphone in India on August 28, known as Realme 2. Now, we have learned that the smartphone will have three variants.

The upcoming smartphone will be exclusively available on Flipkart. The e-commerce site has posted a teaser page that reveals a survey that hints some upcoming features on the Realme 2. Meanwhile, the brand has started teasing some key information about its latest smartphone.

#Realme2 with @qualcomm_in Snapdragon processor is designed to provide you #ANotchAbove experience with spectacular performance, ultrafast speed, astonishing graphics, and a long lasting battery.
Like if you’re as excited for the launch as we are. pic.twitter.com/33a6LrOv52

Realme has recently revealed that the next smartphone from its portfolio will be powered by a Qualcomm Snapdragon processor. Although the company has not revealed the name of the chipset, it is highly likely that the brand could use a Snapdragon 600-series chipset on its upcoming device.