Realme 2 may have dual camera, fingerprint scanner and Notch 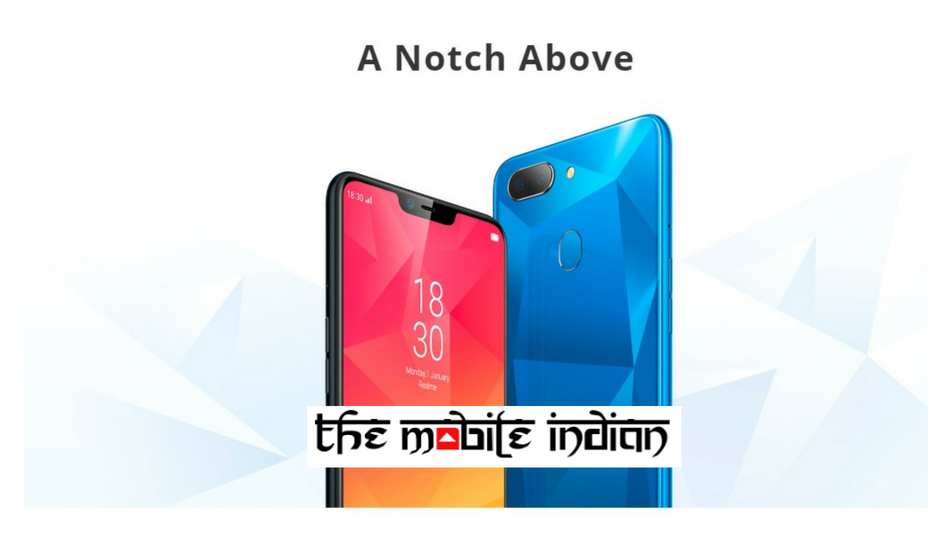 The first picture of Realme 2 revals the front and back panel. From the image, it is clear that Realme 2 will come loaded with a notch at the top. The bezels looks minimal and the notch will equip a front-facing camera and an earpiece

We earlier reported Realme is all set to launch its second smartphone, the Realme 2. Now, the company has revealed the first teaser which gives us the first glimpse of the upcoming smartphone.

The first picture of Realme 2reveals the front and back panel. From the image, it is clear that Realme 2 will come loaded with a notch at the top. The bezels look minimal and the notch will equip a front-facing camera and an earpiece. At the back, you will get a glass design and it will feature the brand’s iconic diamond-like finish. The same design is present in Realme 1, however, in the image, it looks much refined.

Moving on, the phone will feature a dual-camera setup at the back. One can see a silver ring around the camera setup and a LED flash. Unlike, Realme 1, the phone will house a fingerprint sensor. The image reveals that the upcoming smartphone will feature a fingerprint sensor that will be present at the top-centre position. Further, there will be a SIM slot and volume rockers on the left-hand side. However, there is no information about the pricing, specifications and other features of the Realme 2. So, we suggest you stay tuned with us for further details.

The first picture of the Realme 2 shows that the brand has made a lot of improvements over its first smartphone, Realme 1. For starters, multiple users complained about the lack of fingerprint sensor in Realme 1 and no presence of dual rear cameras, which becomes a hygiene feature in the smartphone industry, especially, at this price point.

The CEO of Realme earlier told The Mobile Indian that “Realme 2 will be launched very soon in India and it will be loaded with features that weren’t made available in Realme 1.” Madhav Sheth, Chief Executive Officer, Realme India also revealed that the price of the upcoming phone will fall under an affordable category as the brand wants to cater to the aam aadmi(common man).

It may be recalled that Realme recently became an independent company in India. The brand, which was earlier known as the sub-brand of Oppo, will now be a standalone company by September this year.