Google Maps will now offer real-time incident reporting while you are on the move and this feature has been powered by its recently acquired company - Waze.

Google is constantly adding features to its Maps software for the desktop and mobile platforms. Now Google has announced that the Android and iOS mobile application of its Google Maps will feature real-time incidents reports, courtesy Waze users. 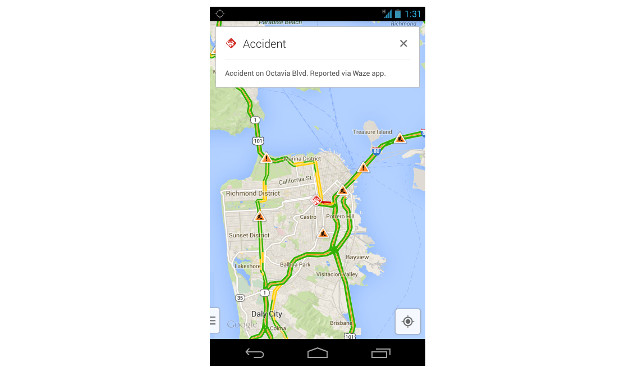 The Waze app users are always able to report incidents like accident, severe traffic jams and others so that the service can provide real-time update to other Waze users. Now those same incident reports will be pushed to Google Maps users with a subtext of Waze app. That means, Waze app will continue to exist as a separate app despite of its mutual integration with Google Maps and other services.

On the other hand, Waze users will able to benefit from Google Search, Google Street View and Satellite Imagery on the Waze app. Google Maps just keeps getting better with a crowd-sourced traffic and map reporting information via Waze as well.