Facebook and Ray-Ban's first smart glasses are called Ray-Ban Stories and they come with dual 5MP cameras along with three microphone array. 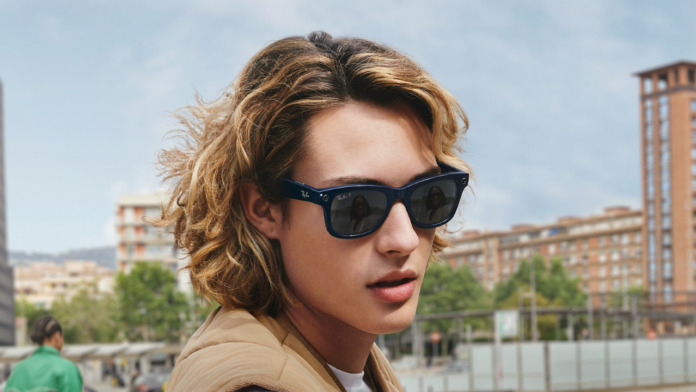 Ray-Ban and Facebook have finally launched the first pair of smart glasses in six countries called Ray-Ban Stories. The glasses have dual 5MP cameras on the front so you can capture anything you see. You can also attend calls and listen to music with these glasses.

Starting at $299 (approx Rs 21,900), one can choose from 20 combinations of frame/lens styles from the most famous frames from Ray-Ban. These include Wayfarer, Round or Meteor. Ray-Ban Stories are available now at select Ray-Ban stores on Ray-Ban (dot)com, and will be rolling out to other retailers soon.

It will be available in 6 countries, including the US, UK, Canada, Italy, Ireland and Australia. They are also available with Polarized (starting at $329 (approx Rs 24,100)), Transitions lenses ($379 (approx Rs 27,800)) and prescription lenses with varied pricing.

The Ray-Ban Stories is integrated with dual 5MP cameras via which you can take photos and record up to 30-second videos using the capture button or hands-free with Facebook Assistant voice command.

There’s a hard-wired capture LED that lights up to let people nearby know when you’re taking a photo or video. Streamlined, open-ear speakers are built-in, and Ray-Ban Stories’ three-microphone audio array lets you receive and make clearer calls. These also help in recording clearer voices while capturing videos. In addition, beamforming technology and a background noise suppression algorithm provide for an enhanced calling experience.

Ray-Ban Stories pairs with the new Facebook View app, so you can share your point of view, stories, and memories seamlessly with friends and social media followers. The Facebook View app on iOS and Android makes it easy to import, edit, and share content captured on the smart glasses to apps on your phone.

The Ray-Ban stories come with a specially designed portable charging case. A fully charged case can provide the user with up to three days of consecutive use. Facebook says it worked closely with Ray-Ban’s parent company EssilorLuxottica to design and fit every component in a miniature form factor in the glasses.

These components include two cameras, a set of micro-speakers, a three microphone audio array, an optimized Snapdragon processor, a capacitive touchpad, a battery, and more.

The Smart glasses were designed with Privacy in Mind

Facebook says that the glasses were designed with privacy in mind. For example, the glasses have hardware protections like a power switch to turn off the cameras and microphone.

To clarify the privacy aspect, Facebook has also revealed what kind of data the glasses will collect. By default, the Ray-Ban Stories smart glasses collect data that’s needed to make your glasses work and function, including your battery status to alert you when your battery is low, your email address and password for your Facebook login to verify it’s really you when you log into the Facebook View app, and your WiFi connectivity.

You can opt-in to share additional data, including the number of images you captured or how long you spend taking videos with Facebook for product development, improvement, and personalization.

The photos and videos captured are encrypted on the smart glasses. And the glasses can only be paired with one account at a time. This means that if you lose your Ray-Ban Stories smart glasses and someone tries to pair them with a new phone and Facebook account, any data and media left on the glasses will be automatically deleted.