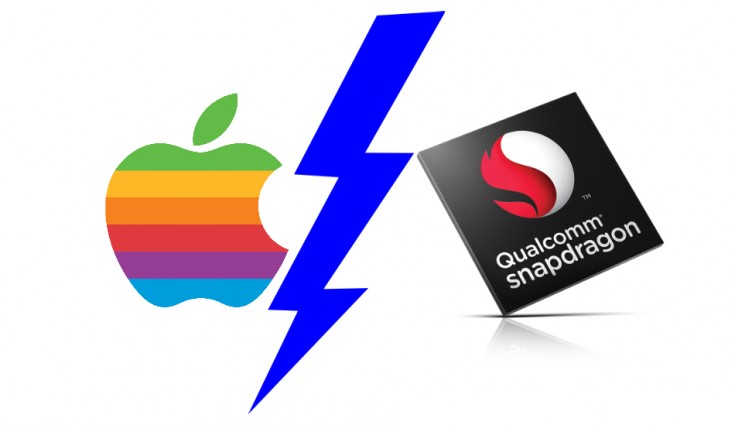 A federal jury in San Diego on Friday awarded Qualcomm full payment after it found that various iPhone models infringed on two of three patents from Qualcomm while the more recent iPhone 8, iPhone 8 Plus and iPhone X violated all three patents. Qualcomm will now be paid $31.6 million in damages by Apple.

Qualcomm has won the first jury trial at the San Diego Federal Court against Apple as it proved that the Cupertino company had infringed three of its patents without paying a dime. The American chipmaker will now be paid $31.6 million in damages by Apple which translates to $1.41 for every iPhone sold since July 2017.

A federal jury in San Diego on Friday awarded Qualcomm full payment after it found that various iPhone models infringed on two of three patents from Qualcomm while the more recent iPhone 8, iPhone 8 Plus and iPhone X violated all three patents.

While one of the patents allows users to connect to the internet immediately after the device boots up, the second patent revolves around the battery cycle and graphics processing on the iPhones. The third patent involves giving apps access to data by directing bandwidth directly from the modem to the app processor. Qualcomm was also of the opinion that Apple’s infringements also reduces the cost of their smartphone.

While $31 million might only be a drop in the ocean for Apple, the sole importance of this outcome is that Qualcomm has established its significance in the smartphone business. It has now brandished its reputation in the industry by also undermining Apple’s creditability at the same time. However, for Apple, it might feel like it dodged a bigger bullet as the amount paid in damages is very low since Qualcomm only filed the lawsuit sometime during July 2017, which limits the damages paid to the iPhones sold from that point onwards.

Whatever the case may be, it’s indeed a win for Qualcomm and this sets the stage for the much-anticipated trial between the chipmaker and Apple that is set to be held sometime next month. The larger dispute will be about Qualcomm’s patent royalties and the losing side will on the receiving end of billions of dollars in damages as we await a finale to the long-time feud between the two tech companies. The trial will also bring into light Qualcomm’s licensing business.

When we said Apple had encouraged a coupe against Qualcomm, it also involved Apple and Intel joining hands with the Federal Trade Commission in the US as they accused the chip maker of functioning as a monopoly and stopping other players in the chip business to enter their market. Apple then levied its modem requirement from Intel as it broke up with Qualcomm. But that partnership has taken the toll for the worse as Intel announced a delay in the commercial release of its 5G modem, which means Apple will have to look elsewhere before even developing the next batch of iPhones.

CNET reports that after the decision was made, Qualcomm’s lead counsel, Don Rosenberg said: “The technologies invented by Qualcomm and others are what made it possible for Apple to enter the market and become so successful so quickly”.

Apple unsurprisingly called the verdict disappointing as its spokesman Josh Rosenstock said in a statement “Qualcomm’s ongoing campaign of patent infringement claims is nothing more than an attempt to distract from the larger issues they face with investigations into their business practices in U.S. federal court, and around the world”.