Qualcomm, Tencent team up to develop a 5G-enabled gaming smartphone 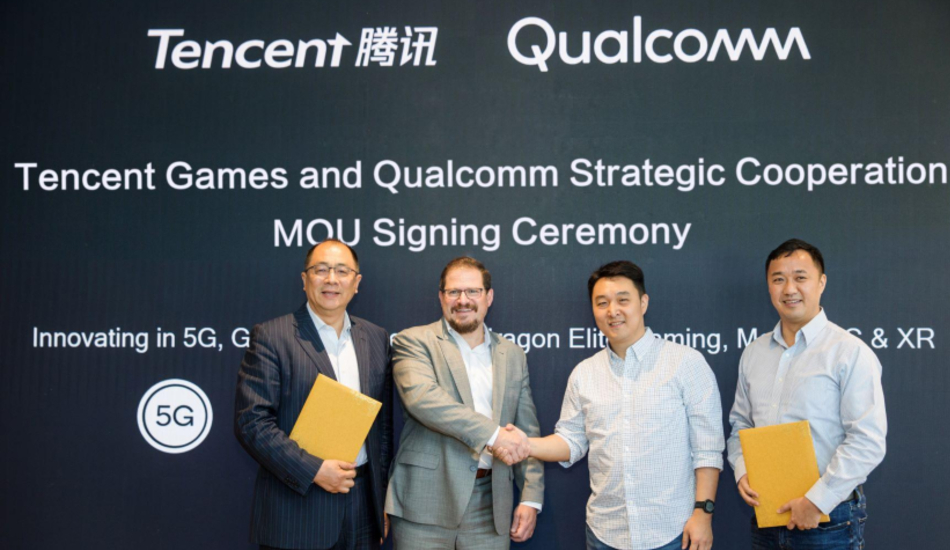 Qualcomm Technologies has announced a strategic cooperation with Tencent Games after the two companies signed a nonbinding MoU to participate in future projects together. Among the projects to be developed will be a 5G-enabled gaming smartphone which will be made by Tencent with a Qualcomm chipset.

In a press statement shared on its website, Qualcomm said that the collaboration with Tencent Games will involve Qualcomm Snapdragon-based mobile gaming devices, gaming content, performance optimisations and enhancements, cloud gaming, 5G gaming and better AR/VR gaming. The company, however, doesn’t explain the specifics of the partnership.

Tencent Games has become widely popular with the success of PUBG Mobile across the world. The company is also about to launch the Call of Duty Mobile on Android having already tested the game across various regions including India, Australia, China and Canada.

In addition to offering better support for Qualcomm-powered devices, the partnership will also offer developers a way to optimise game content by utilising Qualcomm’s resources.

Tencent has previously worked with Asus’ ROG division for the creation of the Asus ROG Phone II which was announced last week with a Snapdragon 855 Plus processor, Adreno 640 GPU and UFS 3.0 storage.

Speaking about the announcement, Qualcomm China Chairman, Frank Meng said “With 30 years of innovation under our belt, we’re ushering in a new age of gaming. Mobile gaming, an important 5G use case, will soon take advantage of the next generation of connectivity. Faster speeds, more bandwidth, and cutting edge ultra-low latency will support real-time, multi-player and immersive gaming experience. We look forward to this new cooperation with Tencent Games to enrich lives and transform gaming behaviours on a global scale”.

Tencent Senior VP, Steven Ma said “Tencent has worked closely with Qualcomm Technologies and we are very pleased that the strategic cooperation announced today has deepened and expanded the relationship between the two parties. We hope that fostering cooperation between both parties can utilize our respective technologies and R&D expertise to further innovate the game industry, thereby bringing better game quality and interactive experience to users”.