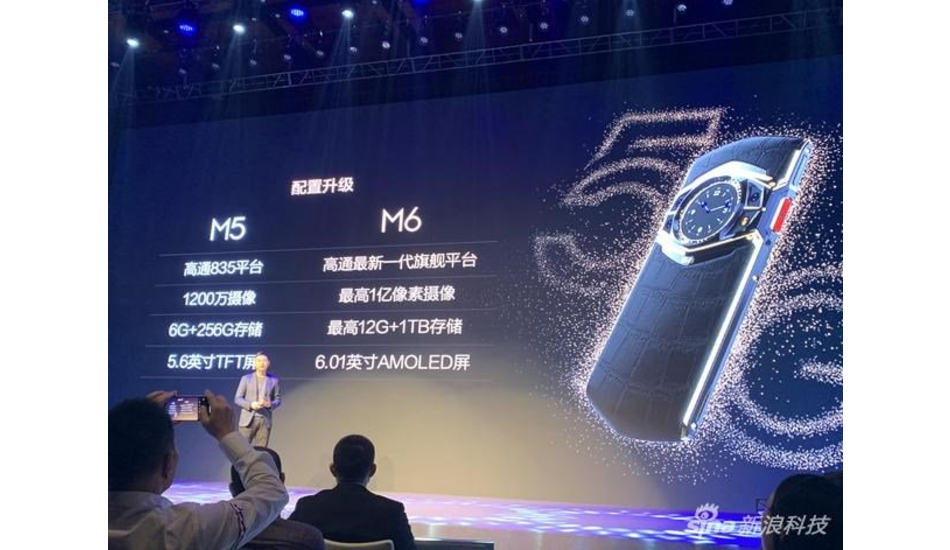 Titanium M6 5G phone is the first device powered by Qualcomm Snapdragon 865 and is expected to be available in early 2020.

Ahead of its official release touted to happen next month, the Qualcomm Snapdragon 865 has debuted with the launch of the Titanium M6 5G smartphone in China. The phone is manufactured by Chinese luxury watch company ‘8848’ and will support 5G cellular connectivity besides its high-end design profile.

While 8848 was the first to announce a smartphone powered by Snapdragon 865, it doesn’t necessarily mean that it will be the first such phone to be made available commercially. However, if the luxury watchmaker indeed manages to release the Snapdragon 865-powered phone in the market, it will do so by beating Samsung which has always been the first OEM to launch a phone with Qualcomm’s flagship chipset.

This will be an interesting development since Samsung Foundry has been the company behind the fabbing of the upcoming Snapdragon 865 processor after Qualcomm ditched long-term partner TSMC earlier this year.

As for the specifications, 8848’s Titanium M6 5G smartphones features a 6.01-inch AMOLED display. The phone will be powered by a Snapdragon 865 processor with 12GB RAM and 1TB onboard storage.

The Titanium M6 will equip a 64MP primary camera with the ability to produce images in 100MP resolution. The phone will also come with 5G cellular connectivity as expected.

While the 8848-manufactured phone os 5G-enabled, Qualcomm is also expected to launch a non-5G variant of the Snapdragon 865. This is because the Snapdragon 865 is touted to not feature a 5G modem internally and a non-5G flagship chipset can be employed in regions where 5G deployment isn’t expected anytime soon, like in India.

Qualcomm Snapdragon 865 recently popped up on Geekbench with codename “Kona”. The chipset resisters a score of 4,149 points in single-core testing while in multi-core, the processor scores 12,915 points. It has a base frequency of 1.8GHz, higher than the Snapdragon 855’s base speed of 1.78GHz.

The Titanium M6 5G phone powered by Qualcomm Snapdragon 865 is expected to be available in early 2020.